Who Is Yuri Milner?

The most interesting man in the world 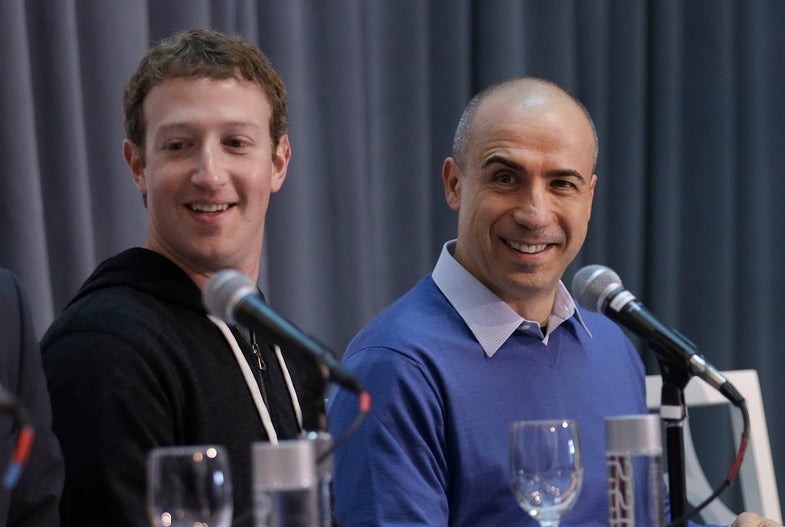 Yuri Milner is making a big announcement today. If that statement leaves you wondering ‘Yuri Who?’ then we have some answers for you. Let’s start with the basics.

Who is Yuri Milner and where is he from?

Yuri Milner is best known for investing in insanely profitable start-ups including a little one called Facebook. He’s also known for using the resulting profits to fund big-picture science projects and awards.

Milner was born in Moscow in 1961, and was named Yuri after Yuri Gagarin, the first person in space.

How did he get his start?

Milner grew up in the Soviet Union, and first entered the business world by selling personal computers on the grey market. He then started working at brokerage firms, and eventually began investing in companies.

Milner has been interested in science for quite a long time. He has an undergraduate degree in theoretical physics from the University of Moscow and started a PhD in the subject, but left to pursue business opportunities (for some reason he thought those personal computers might be a big hit).

How did he make his fortune?

Milner has amassed a personal fortune estimated at $2.9 billion. How did he do it? By investing heavily in Silicon Valley at exactly the right time. In 2009, he invested $200 million in Facebook, buying two percent of the company. That was swiftly followed by a series of investments of hundreds of millions of dollars in Zynga, Spotify, Airbnb, Groupon, and Twitter.

Not all of that money came from Milner’s personal coffers. By 2009 he was a successful venture capitalist, rounding up large amounts of money from individuals and businesses to invest in other businesses–in his case, he started by investing in Russian dot-coms. By 2015, he had gained such a reputation for making good investments that his venture capital firm, DST Global, attracted $1.7 billion for future investments.

What are his big goals and mission statements?

In addition to funding some of the biggest names of Silicon Valley, over the past few years, Milner has been pouring money into scientific endeavors, pushing for scientists to be recognized in the same way athletes and artists are. And what better way to make scientists rockstars than by paying them like rockstars? In 2012, Milner established the Fundamental Physics Prize, surprising nine physicists with awards of $3 million.

The Fundamental Physics Prize morphed into the Breakthrough Prize, gathering support from Mark Zuckerberg along the way. It still gives out its $3 million prize annually to a select number of deserving scientists, but the idea has expanded beyond fundamental physics to Life Sciences and Mathematics as well.

Then, last year, Milner announced the $100 million Breakthrough Listen effort, teaming up with none other than Stephen Hawking to announce the endeavor, which is dispersing the money to help search for alien life in the universe.

When the prize was announced, Milner told Time Magazine: “The universe is not teeming with life, but we’re probably not alone. If we were alone it would be such a waste of real estate. But I don’t want to be the judge, I just want to help find an answer.”