What did Hubble find on Europa? 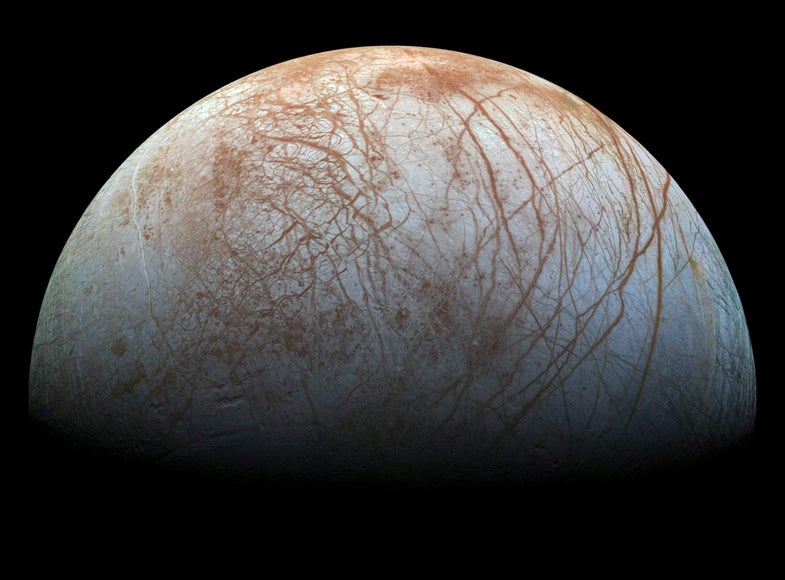 The Hubble space telescope has spied some “surprising activity” on Jupiter’s moon Europa, and NASA’s not saying what it is. At least not until 2pm Eastern on Monday.

We’ll be covering the announcement here at Popular Science, but if you want to find out for yourself live, you can listen in here: http://www.nasa.gov/nasalive/

What could these new findings be? Well, definitely not aliens, NASA already ruled that out.

Previously, the telescope spotted water vapor plumes around the icy moon–an important find, since geysers could give us a window into the moon’s inner ocean, which scientists think may be capable of supporting alien life. A press release promises the new findings are “related to the presence of a subsurface ocean on Europa.”