Where In The World Is The Orion Spacecraft?

The #SpotOrion hashtag tracks the capsule's journey to a comic convention 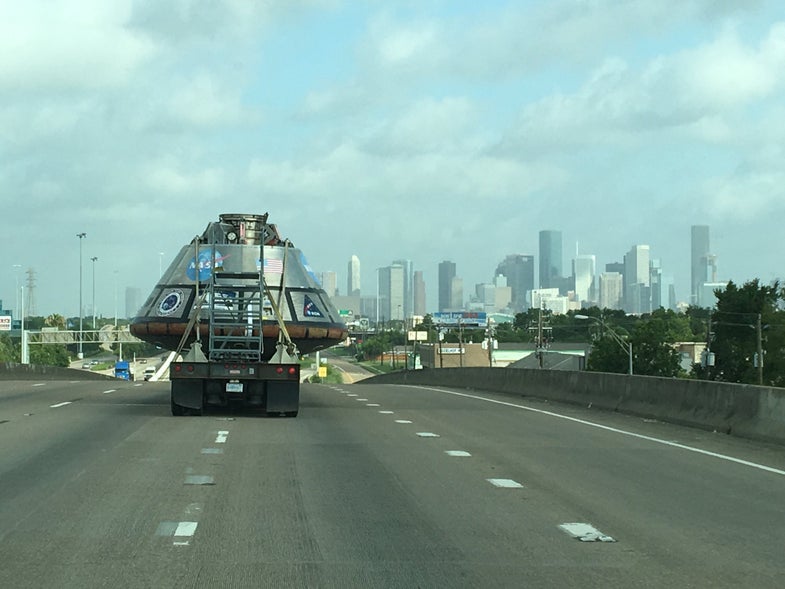 The Orion spacecraft is on the move, but maybe not in a way you would expect. Strapped to a trailer, the spacecraft, which NASA is developing to carry astronauts to Mars, was headed to downtown Houston, Texas for this year’s Comicpalooza convention.

To track its drive through the city, NASA live-tweeted the trip and encouraged Texans to use the hashtag #SpotOrion.

While Orion may have caused a stir–as well as some rubber-necking and traffic backups–the spacecraft made it safely to the George R. Brown Convention Center in downtown Houston.

If you’re in the area, go #SpotOrion at the Comicpalooza convention this weekend in Houston.