Where And When To Watch The Orionid Meteor Shower This Week

The annual event peaks on Thursday 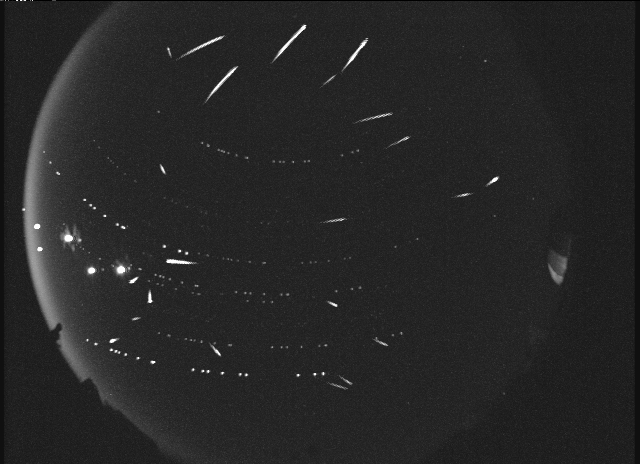 The annual Orionid meteor shower will be at its peak in the wee hours of Thursday, October 22. The Orionids are thought to be caused by the debris of Halley’s Comet slamming into the Earth’s atmosphere. The meteor shower will be best seen just before sunrise, around 5:00 a.m. EDT, which is when Earth will be nearing the densest area of debris. But, you could catch a few streaks in the sky soon after the moon sets around 2:00 a.m. EDT.

You’ll need to be a bit more patient for the Orionids than the Perseid meteor showers require. There will be significantly less meteors per hour, with about 10 to 20, compared to as many as 100.

“The Orionids will probably show weaker activity than usual this year,” Bill Cooke of the NASA Meteoroid Environments Office at Marshall Space Flight Center in Huntsville, Ala., said in a NASA release. “Bits of comet dust hitting the atmosphere will probably give us about a dozen meteors per hour.”

When the time comes, gaze in the direction of the the Orion constellation, as it appears to radiate from just north of the star Betelgeuse. But as EarthSky.org notes, the meteors can shoot out in all directions, so if you have a group of friends, try watching in different directions.

Unfortunately for city dwellers, the Orionids tend to be dim, so it will be tricky to watch the shower. As an alternative, NASA is live streaming a view of the skyscape from the Marshall Space Flight Center in Huntsville, Alabama. The stream starts around 10 p.m. EDT.

Don’t feel like getting up before the rooster this week? The next meteor shower is expected to be the Leonids on November 18.