Where And How To See Manhattanhenge Tonight 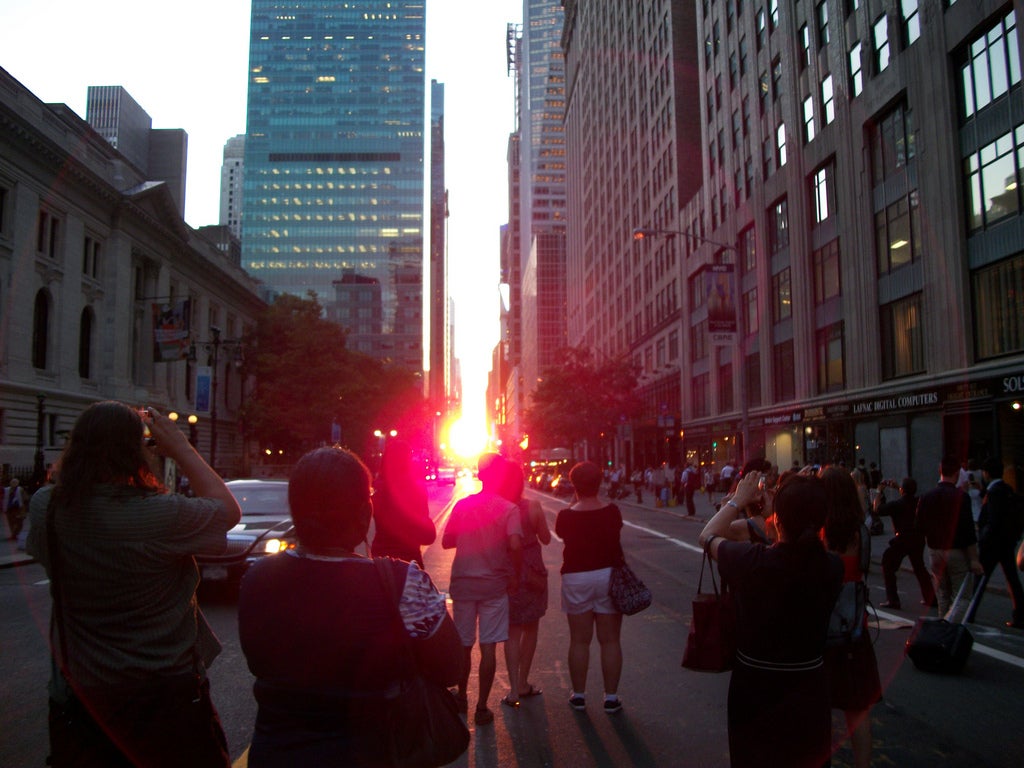 Tonight, a mysterious force will draw Manhattanites to gaze reverently west along the city’s gridded streets. And no, it’s not a new Pokémon gym that will beckon them. Manhattanhenge, the moment when the sun sets neatly between the island’s skyscrapers, occurs tonight.

In a video created by the American Museum of Natural History, Professional Science Dad and Hayden Planetarium Director Neil deGrasse Tyson explains the phenomenon (which he coined the word for in 2001) as a result of Manhattan’s grid layout, which, tilted 30 degrees away from north, frames the setting sun twice a year. The sun only sets at true-west on the equinoxes, Tyson explains; during the rest of the year, the rotation of the earth tilts sunset slightly askance.

For the best view, position yourself as far east in Manhattan as possible and look west. “Clear cross streets include 14th, 23rd, 34th. 42nd, 57th, and several streets adjacent to them,” according to the AMNH. “The Empire State building and the Chrysler building render 34th street and 42nd streets especially striking vistas.” Get yourself there by 8:20 p.m. to catch the sun in all its ‘henged-glory. If you miss tonight, try again tomorrow for a half-view of the sun, same time and place.

The weather in Manhattan tonight will be perfect, in the 70s and clear. Start brainstorming your clever Instagram hashtags now.