From The Archives: When Tough Jobs Were Deadly

Difficult jobs in science and engineering have arguably gotten safer, but they are no less grueling 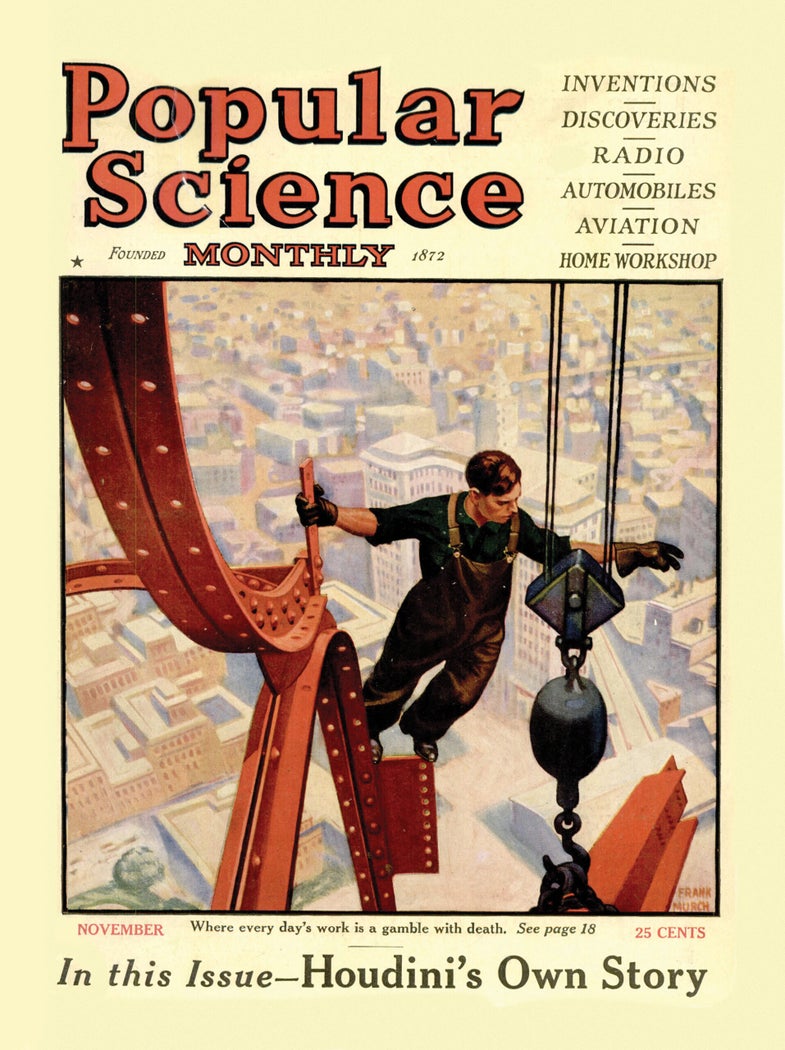 When Popular Science published its November 1925 cover story, New York City was just beginning to develop its iconic skyline. For the workers who built the steel behemoths, the job was “no pleasure jaunt, but a thrilling, soul-trying man’s calling, crammed to the brim with adventure.” According to one veteran ironworker at the time, slick rain, a strong gust of wind, or an errant loose screw could spell death for the unlucky. We’re grateful the crews persevered: The Art Deco landmark building we work in was built in 1927. Since then, the difficult jobs in science and engineering have arguably gotten safer, but they are no less grueling—and no less important. To learn more about them, check out the “Worst Jobs In Science” feature in our February 2015 issue.

This article was originally published in the February 2015 issue of Popular Science, under the title “When Tough Jobs Were Deadly.”