When Atomic Bombs Were Assembled By Hand

A fatal lesson from 70 years ago 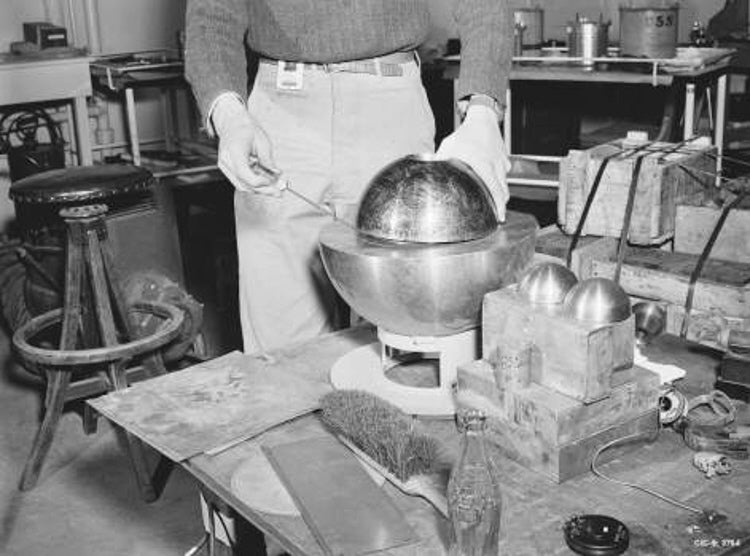 This is a recreation "tickling the dragon's tail," the procedure Slotin was demonstrating when the screwdriver slipped and released a fatal dosage of radiation. It shows the configuration of beryllium reflector shells prior to the criticality. United States Department of Energy, via Wikimedia Commons
SHARE

Louis Slotin sealed his fate just over 70 years ago. The Canadian physicist, working on the Manhattan Project in Los Alamos, New Mexico, was conducting an experiment by hand on the core of an atom bomb on May 21st, 1946. He was dead by May 30th. Alex Wellerstein describes Slotin’s work with, and demise at the hands of, a chunk of plutonium dubbed the “demon core”. From Wallerstein’s piece in The New Yorker:

Slotin’s case is a microcosm of the post-war shift from dangerous speed to elaborate caution in nuclear weapons, and the story catches a key moment in 1946, when caution (at least for the scientists involved) won out.

Read the rest at The New Yorker.

This story has been updated to correct the author’s name and the nature of the experiment.