3D Printing Pen Review: Which One Is Best? 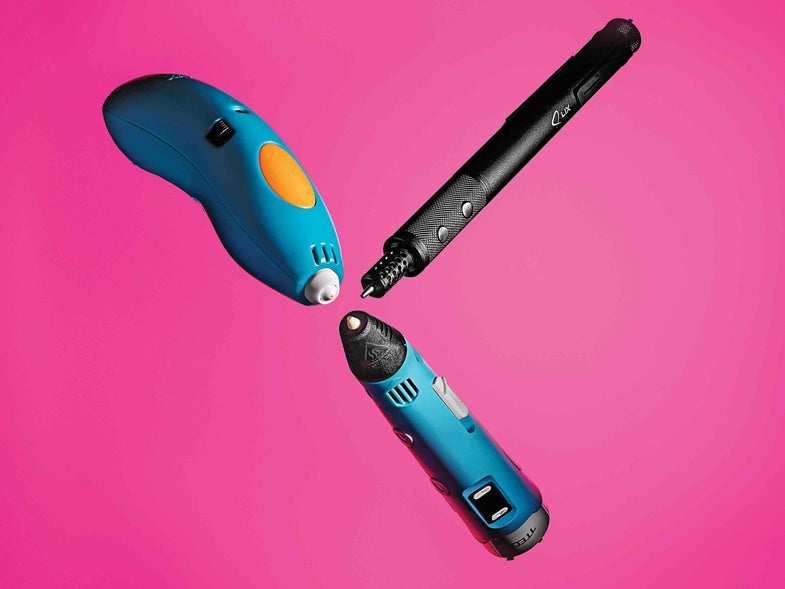 Living in the future—as we do—pens and 3D printers are no longer separate items. You can now create plastic masterpieces on the go with 3D-printing pens. Simply place the pen on a surface, draw a line up into the air, and then start adding details to this anchor.

The pens are still new. 3Doodler, which launched its $2 million Kickstarter campaign in 2013, was the first. Now there are several upstarts to choose from, so we tested three popular models for this 3D pen review.

3Doodler sells two models: the flagship 3Doodler 2.0 and, for novices like us, the Start. The latter practically screams “user-friendly” with its single button and chunky, graspable body. Insert plastic filament into the hole at the top, press the orange button, and wait about 60 seconds for the pen to warm up. Then hold the same button to draw. A $99 kit includes the 3D pen as well as stencils that help you get over the initial learning curve.

Weighing in at 1.6 ounces, the Lix has the slimmest, lightest design we tested, which makes it feel more like a real pen than its competitors. It even includes a pen-like clip at the end, which has four green indicator lights that show when the filament is ready to use. The pen effect is marred slightly by the fact that Lix must remain plugged into a power source while in use. Still, you can rest easy knowing it’s the classiest of 3D tools. 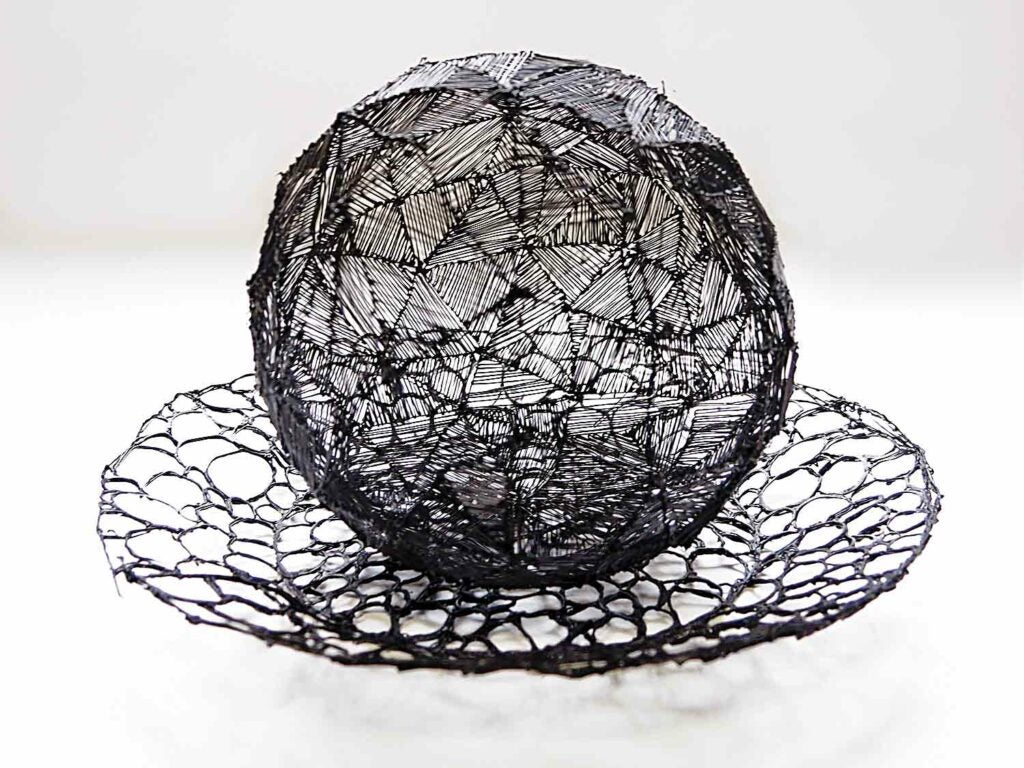  The Lix team “drew” this ball and bowl out of black plastic filament.

7Tech is the only one of the three pens we tested that lets users control the filament’s speed and temperature. You can read these figures on a small screen and adjust with two sets of arrow-shaped buttons. While 7Tech gives you control, it’s cumbersome: It needs to be plugged in during use, and the filament that comes with the pen is curved in a circular shape, which sticks out of the device and gets in an aspiring artist’s way.

This article was originally published in the July/August 2016 issue of Popular Science, under the title “Add Dimension to Your Drawing.”