Your brain is just a pile of wet, fatty goop

Here's everything inside your noggin. 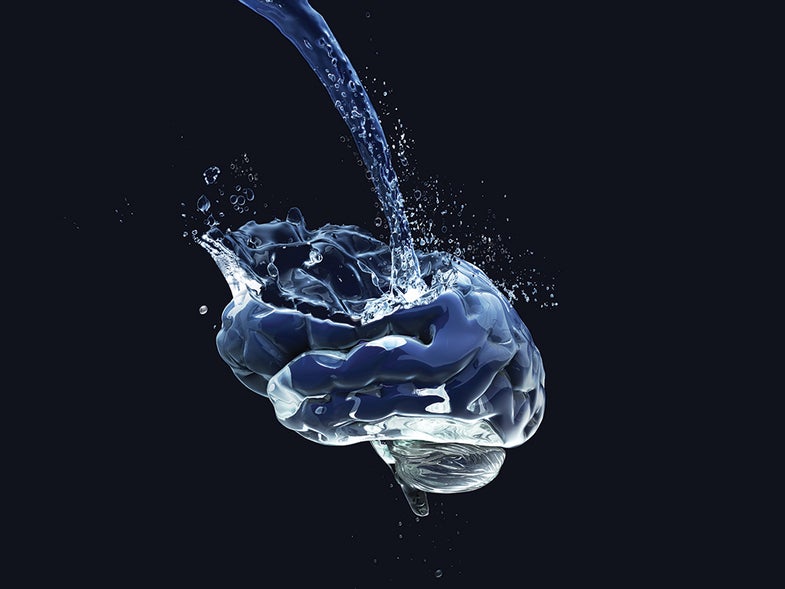 Your brain is mostly mush: a mess of fat, a sprinkling of water, and trace amounts of compounds such as zinc and sulfur. You could probably find most of that stuff in your ­kitchen. But mix those ingredients together and you get neurons, neurotransmitters, and more—all the stuff that helps your brain shoot off faster-than-fast electric signals. Those neurons combine to form structures that link into a fantastically complex architecture, housing everything you think and feel and do. Your mind is an awfully ordinary thing. It just also happens to be the most extraordinary thing in the world.

Our thinking bits use more energy than any other organ but account for only 2 percent of our total body weight. That sounds small, but compared with most species, it’s a staggering burden. Chimps, our closest relatives, get by with a brain that takes up around 0.8 percent.

In 1909, German neurologist Korbinian Brodmann mapped the human brain by scoping stained slices and sorting out ­different cell types, breaking it into 52 sections. Scientists still use these areas as a common language when discussing the contents of our skulls.

Our five core senses shape the world. We can see, smell, taste, hear, and feel, all thanks to two narrow stripes of tissue that stretch across the top of our brains. The sensory and motor cortices enable us to do everything from taste chocolate to feel a fuzzy blanket.

A healthy adult has about 150 milliliters of blood filling the vessels of their noodle. That’s less than two-thirds of a cup keeping your most important organ properly oxygenated. Tightly packed cells within cerebral blood vessels keep the red stuff from interacting with the brain itself.

Every single neuron contains about 0.07 volts of electricity. A human boasts 86 billion of those stimulating little cells, which puts the charge inside your head at about 6 billion volts. That’s like having 477,777,777 car batteries hooked up to your noggin at once.