What Falling To Earth In A Soyuz Looks Like

Don't worry: Those shooting stars outside your window are only pieces of your spaceship 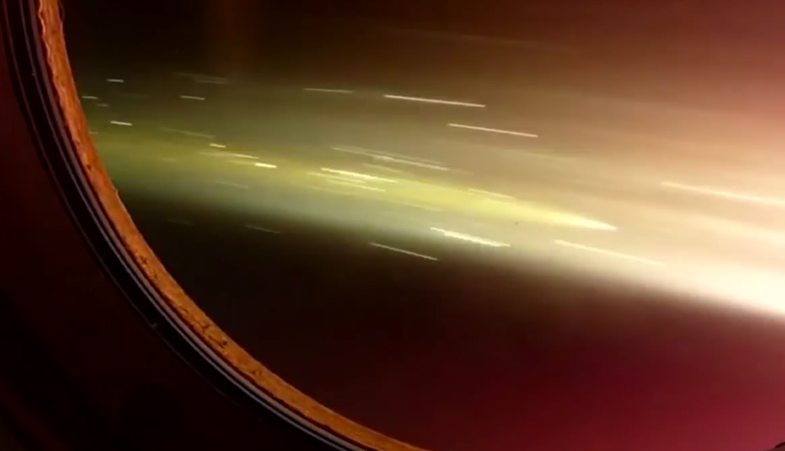 A short animation of bright bursts of light shooting past a window pane rocketed to the front page of Reddit today, with good reason.

The clip, above, shows the view from inside a Soyuz capsule as it entered Earth’s atmosphere earlier this year. A trio of astronauts returning from the International Space Station shot the video from inside the spacecraft. It comes from the NASA video below, and the shooting star-like fireworks are likely pieces of the Soyuz’s ablative heat shield, which helps absorb and deflect the punishment of atmospheric reentry.

Redditt user LOTRcrr posted the GIF, which—despite how amazing it is—turns out to be authentic. Though, as user Rooonaldooo99 noted, the video from which the GIF is taken is a bit anticlimactic:

Hey NASA, maybe break out some John Williams next time?