What Happens If We Find Out An Asteroid Is Heading For Earth? 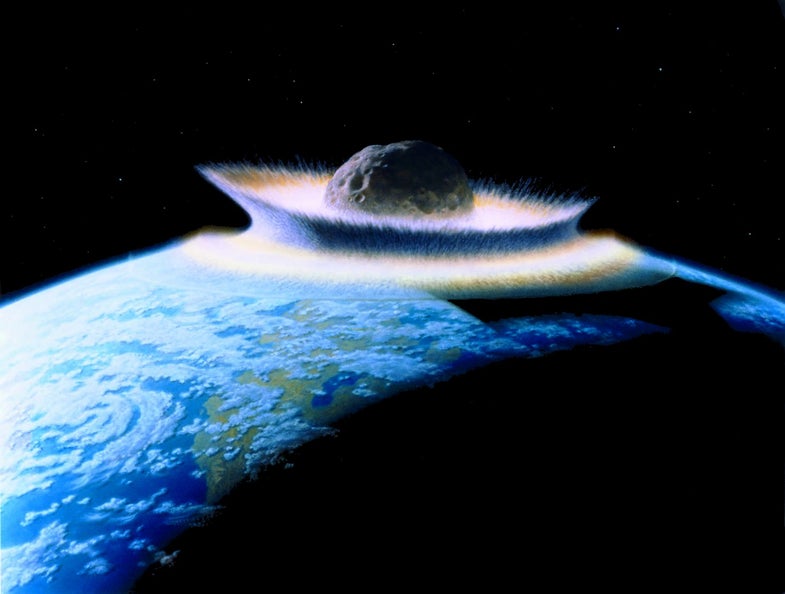 If ever there’s a giant space rock headed for our planet, hopefully bureaucracy will save us.

Last week, NASA announced the creation of a new office that will take charge in such a scenario. The Planetary Defense Coordination Office (PDCO) will help to track near-Earth asteroids, develop asteroid deflection strategies, and plan response efforts in case a threat arises.

“While there are no known impact threats at this time,” John Grunsfeld from NASA’s Science Mission Directorate said in a statement, “the 2013 Chelyabinsk super-fireball and the recent ‘Halloween Asteroid‘ close approach remind us of why we need to remain vigilant and keep our eyes to the sky.”

Should a threat arise in outer space (not the alien kind, there’s a separate office for that), the PDCO’s job will be to coordination communications with the public, assess whether there’s anything we can do about it, and coordinate response efforts with FEMA.

Technically NASA would have done all those things anyway, but the new organizational structure formalizes who is in charge in case of an asteroid emergency.