What Do NYC’s Rats Get Up To When We Aren’t Watching?

Microchip study could reveal the secret lives of urban rats 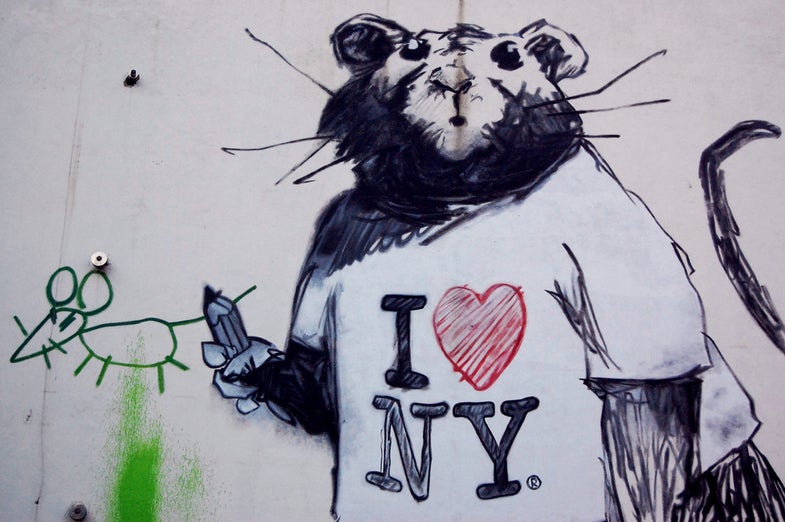 What ever happened to Pizza Rat? If he’d been RFID-tracked like some of his NYC friends, we might know the answer.

Rodentologist Michael Parsons set out to research the activities and movements of urban rats by implanting them with Radio-Frequency Identification microchips.

Using microchips and scents, Parsons and his team have proposed a way to lure the animals back to an antenna for weighing and data collection. In testing their method, they learned “how the alpha male hunted, when the omega males came out, and when females foraged,” Parsons told ResearchGate. In studying individual rats, they collected serum, ectoparasites and DNA samples that will help uncover how new pathogens are introduced into the population.

Because of the social stigma attached to rats, getting good data on their habits outside the lab can be difficult. With 5.7 million people using the subway every day alongside just as many or more rats, it’s important to know how one affects the other. “With 75 percent of the world’s population expected to live within urban environments by 2050, there will be more and more people packed into tighter living spaces increasing the risks of communicable diseases vectored by rodents, including Toxoplasma, Salmonella, Lyme disease, Rocky Mountain spotted fever, Hemorrhagic fever and many others,” Parsons noted.

That said, the off-and-on pizza thieves are not inherently evil. “Rats are sentient, clever, and sometimes affectionate animals. One of the co-authors has adopted one.”