What Chinese Weapons Will Be At the Big 70th Victory Day Parade?

Helicopters and missiles and tanks, oh my! 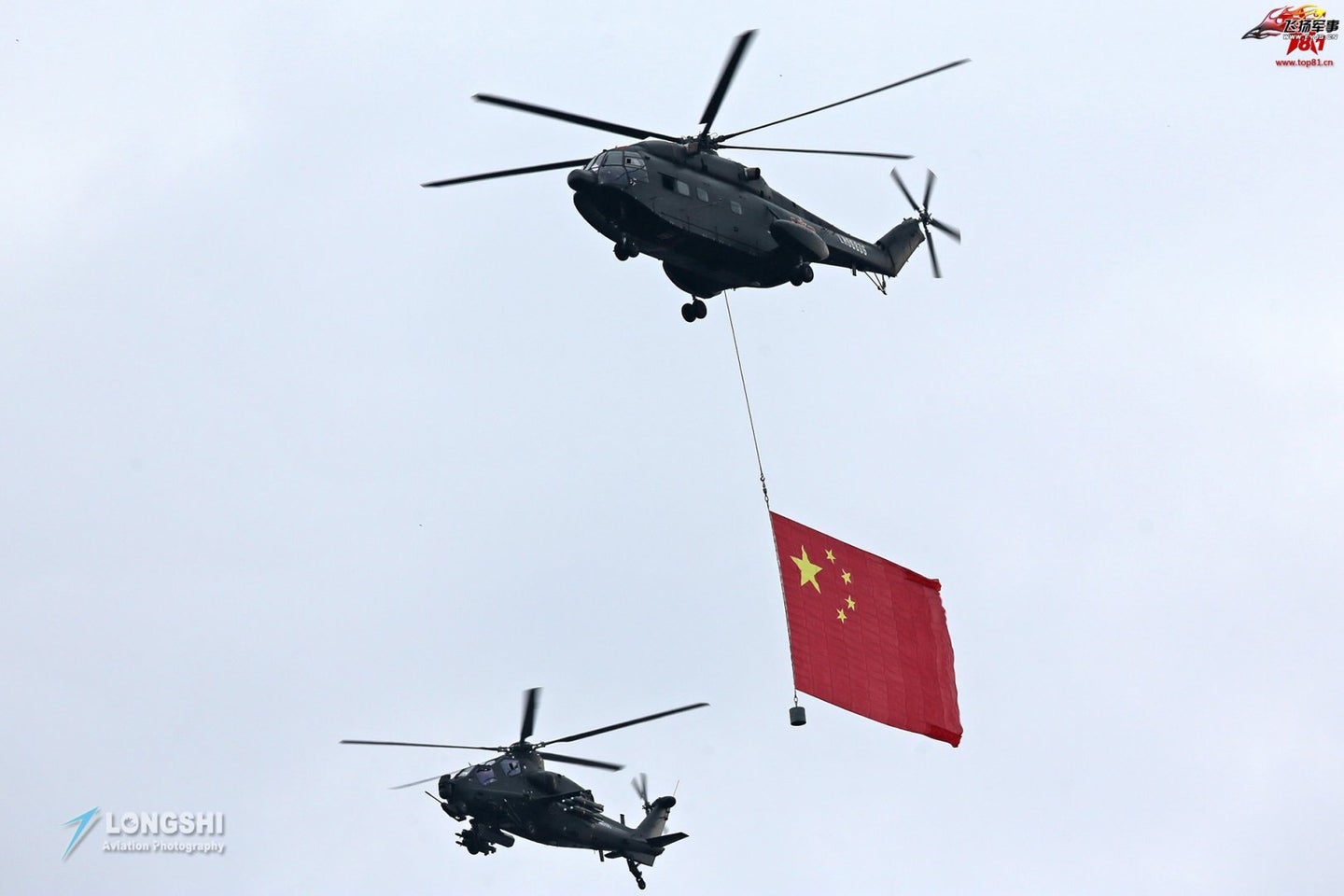 A Z-10 attack helicopter escorts a Z-8 transport helicopter bearing the Chinese flag in the rehearsal for the VJ Day parade on September 3rd. Longshi Aviation Photography via www.top81.cn
SHARE 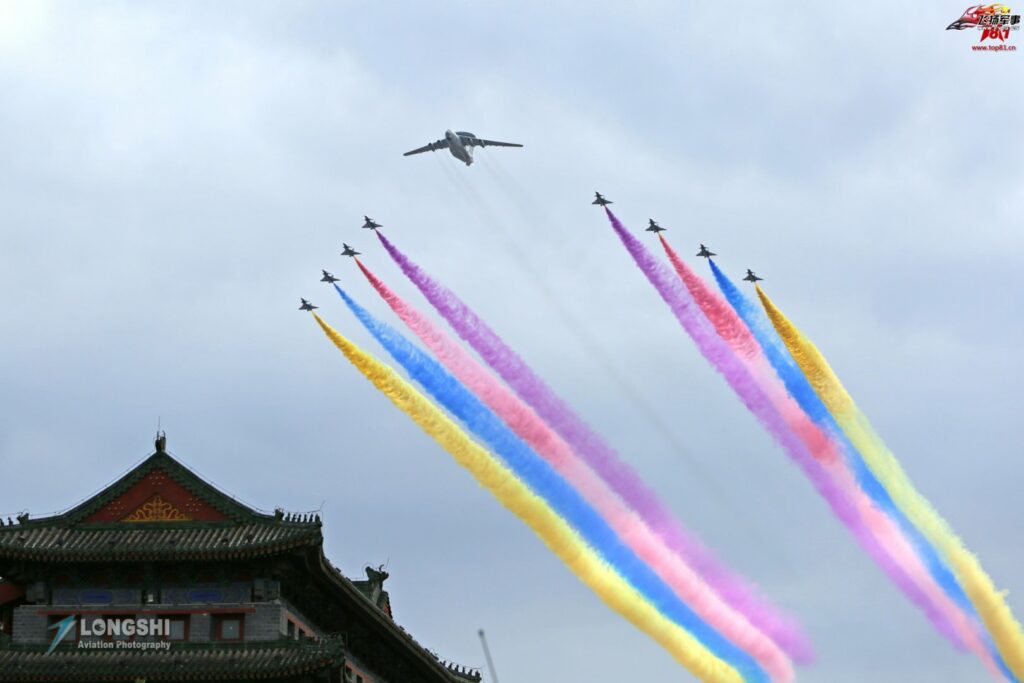 Leading the airshow practice is a giant KJ-2000 AEWC aircraft, flanked by J-10 fighters of the Bayi aviation aerobatics team. 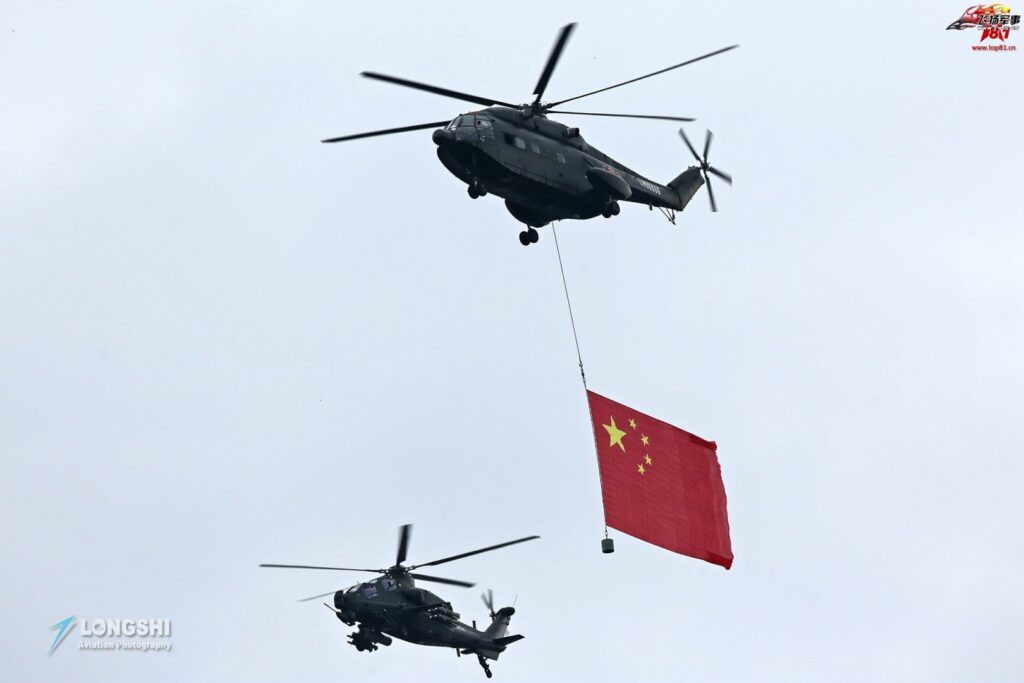 A Z-10 attack helicopter escorts a Z-8 transport helicopter bearing the Chinese flag in the rehearsal for the VJ Day parade on September 3rd.

Just over a week before the Victory Day parade marking the 70th anniversary of China’s defeat of Japan in World War II, the PLA and its foreign guests took over the streets of Beijing for a dress rehearsal of the big day. In addition to its 12,000 troops, 500 vehicles and 200 aircraft, China will be hosting ten foreign military parade formations, including Cambodia, Egypt, Mexico, Mongolia, Pakistan and Russia. In comparison to the 2009 National Day Parade, the Victory Day parade features more modern weapons, as well as a bigger international profile. And thus it is a prime opportunity for the PLA to show off some of its latest technology. 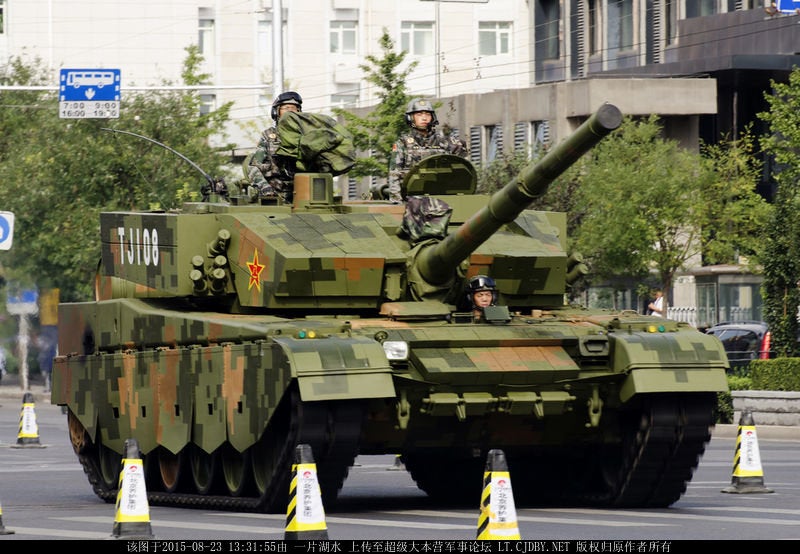 The ZTZ-99A main battle tank will be one of the main parade attractions. Weighing over 60 tons, the heavily armored ZTZ-99A is the largest tank in the world that’s not of US or allied design. 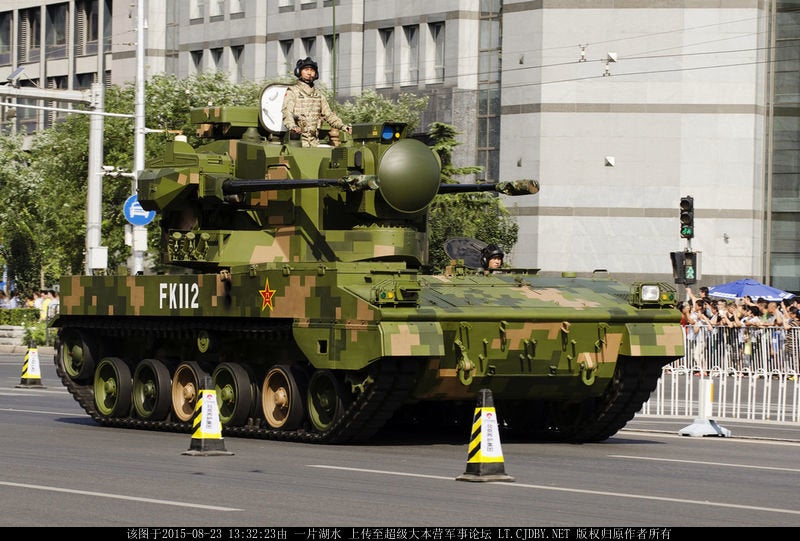 PGZ-07 is China’s frontline air defense vehicle. Its medium-armored chassis carries a twin-barreled 35mm cannon turret that fires smart shells, which are programmed to explode at precise distances, making them ideal for taking down aircraft, drones and missiles. 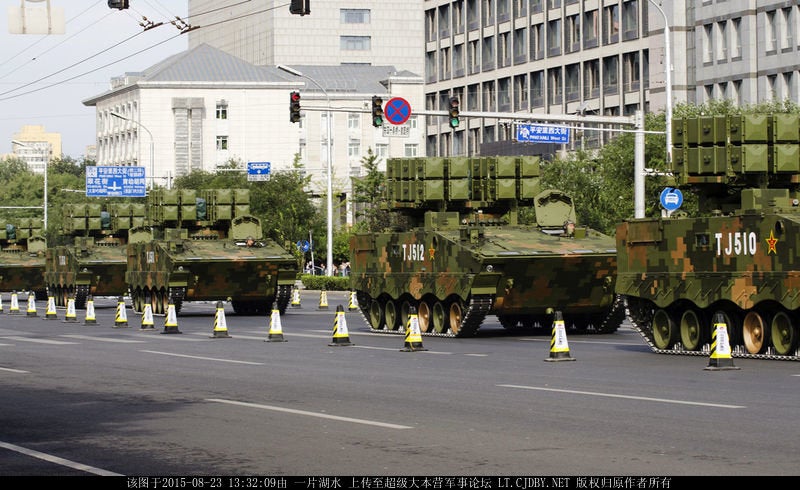 The ATF-10 missiles are China’s newest heavy anti-tank missile; any tank trying to win a duel with them would be outranged by a hefty margin.

The ATF-10 missile launcher vehicle uses a ZBD-07 armored chassis, carrying 8 ready-to-launch, fire-and-forget anti-tank missiles. The ATF-10 missile has a range of ten kilometers, making this missile akin to an anti-tank sniper able to pick off enemy armored vehicles while staying out of danger. 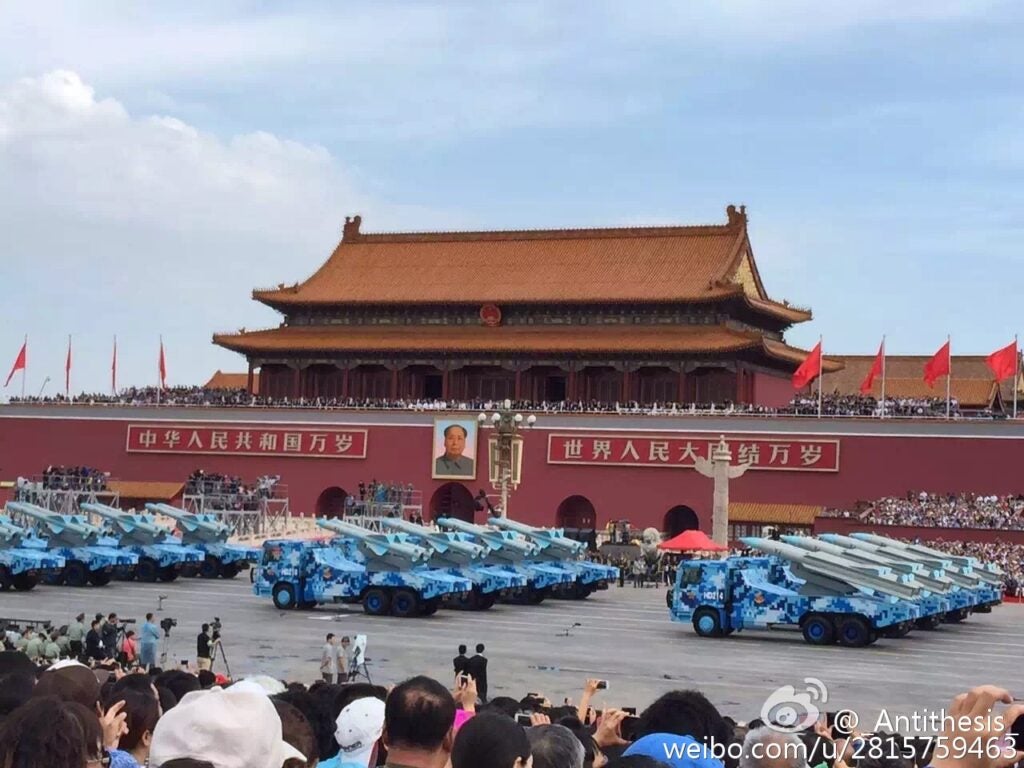 The YJ-12 is China’s deadliest air launched anti-ship missile. With a range over 400km miles, the missile travels at speeds above Mach 3.5, meaning that once it flies from out of the horizon, the target ship has only less than 10 seconds to respond with last ditch defenses like Gatling cannons.

YJ-12 is China’s deadliest anti-ship missile. An 8 meter long, 2-ton missile, the YJ-12 can reach speeds above Mach 3.5, and a range of about 400km (depending on flight profile). The YJ-12 is currently air-launched from H-6 bombers, though surface and ship launched variants are not out of the question. 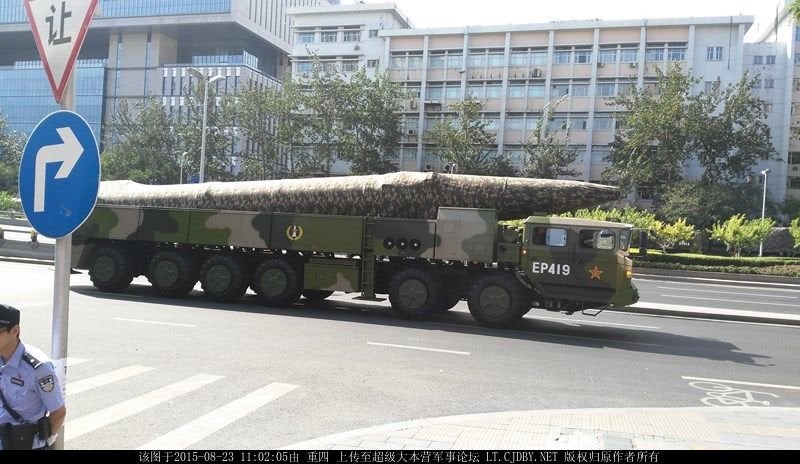 As one of China’s newest missiles, the DF-26 IRBM can attack targets up to 4,000km away with remarkable accuracy (Chinese hypersonic gliders would extend its range even more.

DF-26 Intermediate Range Ballistic Missile (IRBM) is perhaps the biggest star of the parade. Filling out a gap between the smaller DF-21 medium-range ballistic missile (MRBM) and the DF-31 and DF-41 ICBMs, it’s a solid fueled, 4000km-range missile, transported on a 12X12 TEL vehicle for quick off-road launches. The DF-26’s range allows it to attack targets as far away as Guam and Australia, guided by a variety of navigation technologies. While the initial DF-26 model is likely geared to attack military bases, future variants could carry anti-ship warheads or long-range hypersonic glide vehicles (which have the potential to reach Hawaii or Alaska).