What Are You Doing For Thanksgiving?: Paul Liebrandt 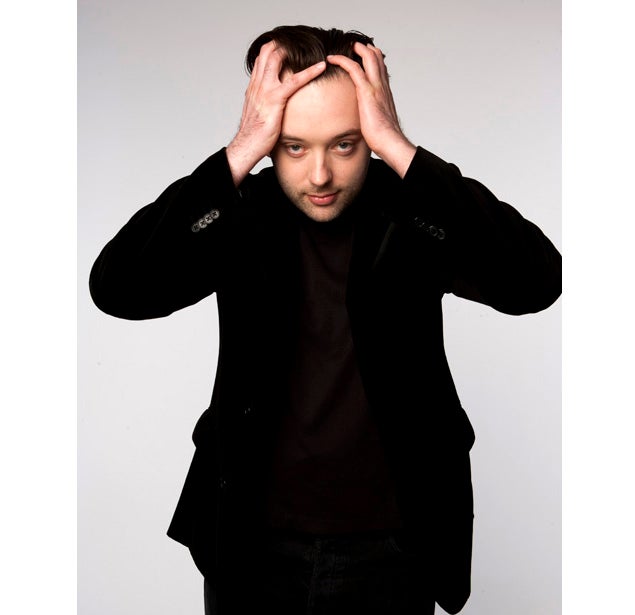 Paul Liebrandt is a British chef who has been awarded two Michelin stars and earned three stars from the New York Times at age 24. He has opened two restaurants in New York, Corton and the Elm, both of which served French-inspired cuisine. He was the subject of the 2011 HBO documentary A Matter of Taste: Serving Up Paul Liebrandt, and has published a memoir-cookbook called To the Bone. He is currently at work on a new project scheduled for next year. Popular Science spoke with him about his Thanksgiving plans.

Being that I’m British, I grew up eating turkey on Christmas Day. Even after being in the U.S. for 15 years, I still feel like I’m eating turkey a month early. I usually do Thanksgiving at my house with friends, but I like to put a little British twist on it.

On Christmas Day in England you traditionally do roasted turkey, with roast potatoes, brussels sprouts with bacon, cranberry sauce, and sage and onion stuffing. It’s very similar to Thanksgiving food but we wouldn’t do things like sweet potatoes, which aren’t native to England, or green bean casserole.

I like to cook the turkey in pieces rather than the whole thing at once. It cooks perfectly that way. It’s hard to not undercook or overcook an entire turkey that weighs 20 pounds or more, especially in the commercial ovens people have in their homes.

I brine the breasts and very lightly roast them in a little turkey fat, butter, and garlic. I cook the legs with a little stock made from the carcass, braise them, take all the meat off, and mix the meat with stuffing. I use the braising liquid to make turkey.

For desserts, I like to do minced pies and Christmas pudding with brandy cream. Christmas pudding is a dense cake, kind of similar to a traditional wedding fruit cake. You put raisins, sultanas, nuts, and other candied fruits in it, and you steam it, like you would a traditional pudding, for several hours. Once it’s done you put brandy over the top so it sinks into the cake, and you flame it. It’s an acquired taste because it’s very, very heavy. 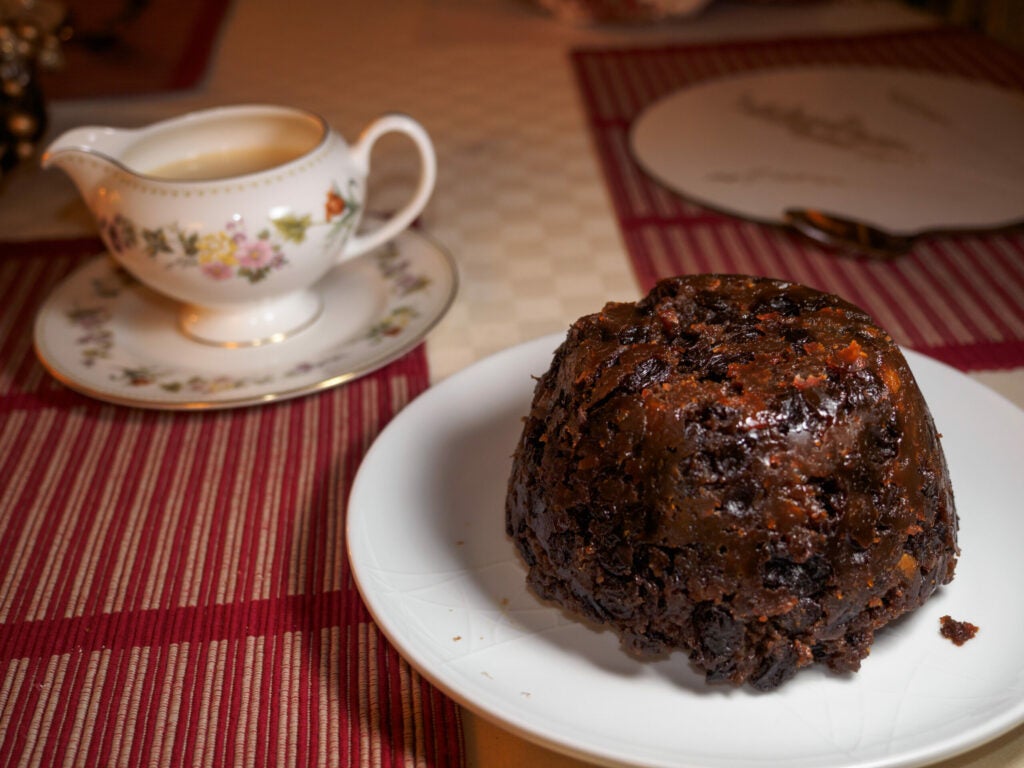 Made by photographer’s grandmother.

With leftovers I like to do a turkey version of a traditional British dish called coronation chicken, which was made for Her Majesty in 1977 on her Silver Jubilee. It’s cold breast meat diced up with mayo, celery, green apple, a pinch of curry powder, and sometimes almonds. You mix it up and make a really nice sandwich with it.

So then do you eat turkey again on Christmas, as per British tradition?

Oh no, I can only eat turkey once a year. Christmas is Chinese food for me — some good Cantonese food.