What Are You Doing For Thanksgiving?: Matthew Hartings 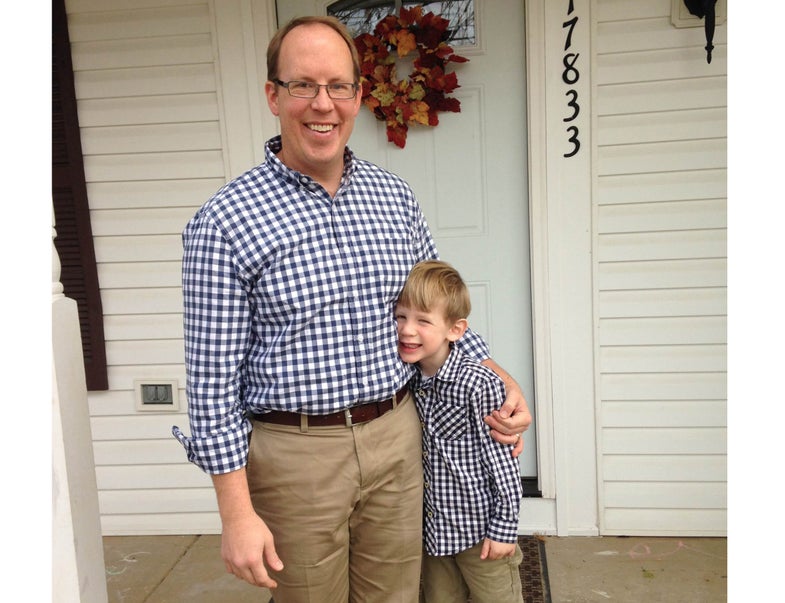 Matthew Hartings is an assistant professor of chemistry at American University, where he teaches Chemistry of Cooking. He also regularly blogs about chemistry in society and kitchen chemistry. Popular Science spoke with him about his Thanksgiving plans for this year.

I will be spatchcocking a turkey for Thanksgiving this year, which involves flattening the turkey out so all of the meat finishes cooking at the same time.

Let’s just talk about turkey meat for a minute: the thighs and legs are done when they get up to an internal temperature of 160 degrees Fahrenheit, but the turkey breast is done when it gets up to 145 degrees. By the time you’ve cooked your thighs and legs, the breast has long been done and started to dry out. This is further exacerbated by the fact that the breast is near the top of the oven, where heat is radiating down from. So not only are you cooking your turkey breast for longer than you need, but the breast is getting that heat faster than the legs are.

There are a number ways you could try to combat this. Some people smoke their turkey, some try to sous vide different turkey parts separately, and others will soak their turkey in a brine. Many people — including J. Kenji López-Alt, author of the “Food Lab” series at Serious Eats — have written about why wet-brining is a bad idea. Personally I don’t think the meat’s much juicier if you brine it, and I like my turkey skin crispy, which is harder to achieve with wet-brining.

So I dry-brine my turkey by coating the outside of it with a bunch of salt. The salt keeps the turkey juicy because it interferes with protein-binding, which causes meat to toughen. It also gives the meat flavoring and helps dry the skin out so it gets nice and crispy when you bake it.

Now you’re ready for spatchcocking. You cut the backbone out of the turkey and then spread it out so it’s lying flat with both of its legs sticking out and the breast facing up. Then take your hand and push down hard on the breast, cracking the breast and some of the rib bones. You want to make sure your turkey is as flat as it can be.

The breast is larger than the thighs and legs, so it takes longer for the breast meat to get up to an internal temperature of 145 degrees than it takes for the thighs and legs to get up to 160. By leveling the turkey out, you’re also “leveling” the playing field — the cooking times for the breast and legs are now much closer together. Also, because all of the skin is now exposed to direct heat from the top of your oven, you are getting more crisp.

The only thing spatchcocking doesn’t give you is that beautiful bird presentation that you’re used to at Thanksgiving, with the big round turkey you can carve into. I like to present my bird in pieces, but arrange it so the breast, thighs, and legs are where they normally would be.

So do you teach your students how to spatchcock in your Chemistry of Cooking class?

I also teach my students how to sous vide turkey legs, which is an incredible way to have turkey. I’ll sous vide the legs overnight at 160 degrees Fahrenheit with a little bit of olive oil, sage, thyme, rosemary, salt, and pepper. Turkey legs have a lot of a protein called collagen in it. As you heat collagen for a long time it turns into gelatin, which makes the meat super soft and tender. The meat just falls off the bone.

I’ve also heard that here in D.C. when the Renaissance fair comes to town, they sell turkey legs made with sous vide and then deep fried. It’s maybe not very historically accurate, but my friends are gushing about that.