What animal has the craziest camouflage? 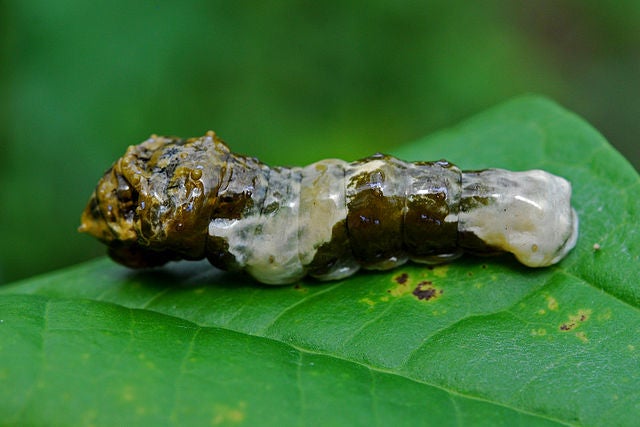 The animal world is full of trickery and concealment. To evade predators and sneak up on prey, animals must often distort their true appearance.

In order to pull of these subterfuges, animals have evolved many types of camouflage, some of which can easily fool human eyes. “There’s a wide range of different strategies that animals use, depending on the environment that they’re living in,” says Joanna Hall, a zoologist at the University of Bristol’s Camo Lab.

A common tactic is background matching, where an animal sports colors and patterns that help it blend in with its surroundings. This can be as simple as a snow-white coat of fur. Other, more elaborate disguises resemble the whorls of bark on a tree or mottled surface of stone.

Some animals use patches of light and dark colors to break up their outline. This is called disruptive coloration, and makes it harder for predators to see their shape.

“Disruptive [coloration] may be a way for you to exist on multiple different backgrounds, because you’ve got something to break up your edges,” Hall says. By contrast, background matching can keep an animal hidden in one type of terrain, but is less helpful if it needs to travel through several habitats.

Octopuses and their relatives, squids and cuttlefish, simply change color to match their new settings by using special muscles to control the size of pigment cells called chromatophores in their skin. Some species can cycle through a whopping 30 to 50 different looks. Their skills are inspiring better camouflage for soldiers.

Another ruse is called countershading. When sunlight shines on an animal, the creature is illuminated on top and shaded underneath. Sharks and birds often have dark backs and lighter bellies to balance this play of light and shadow, making them harder to see from the side.

Countershading also makes an animal harder to spy from above or below. When viewed from beneath, the animal disappears against the sky or sunlit surface waters. And from above, its darker back blends in with the ground or ocean’s depths.

Other animals pretend to be something else entirely. They may mimic a twig, like stick insects, or masquerade as dead leaves. The tawny frogmouth, a bird native to Australia, even puts on a bit of an act to make its disguise more believable. When it senses danger, a tawny frogmouth freezes and tucks in its feathers to impersonate a broken branch.

Then there’s dazzle camouflage, which doesn’t bother trying to spare a target from detection. Instead, it uses bold, colorful geometric patterns like zigzags to obscure the target’s movement. Some researchers have proposed that this is why zebras have such striking stripes. However, “There’s not a huge amount of evidence that that is what’s going on with zebras,” Hall says. “Dazzle camouflage may or may not work very well in the natural world.”

During World War I, ships were painted with dazzle patterns. It’s not clear that this actually worked, either. But Hall and her colleagues have found that dazzle patterns can be rather effective while in motion, and do make it harder to tell how fast an object is traveling.

“The object can be moving in one direction and the stripes moving in the opposite direction,” Hall says. “In theory you could use it to affect the speed perception of vehicles, helicopters—whatever you want to put it on.”

Not all camouflage relies on visual trickery. Some squirrels seek out shed rattlesnake skins, chew them up, then lick themselves. By “donning their enemy’s cloak”, the squirrels camouflage their own scent. And harlequin fish seem to adopt the aroma of the corals they eat in order to hide from predators.

Ultimately, camouflage may be in the eye of the beholder. Humans can see more colors than many of our animal relatives. “Things that would look very obvious to us aren’t necessarily very obvious to the prey or predator that they’re aimed at,” Hall says. So some animals that seem bright and even eye-catching might just fade into the background to their predators. Animals that appear red or ruddy orange to human eyes—like tigers—appear to be a greenish color to many members of the animal kingdom.

“Birds on the other hand can see even more colors,” Hall says. “So things that look quite drab to us might look really bright to a bird.”

So there are plenty of ways to hide from humans and other animals. But who’s got the best disguise? “There are some wonderful caterpillars that look like bird poo,” Hall says. Others can pose to look like they have a snake’s head on their rear ends. “The really intricate caterpillars are probably some of the most impressive camouflage,” Hall says.

Here are a few of the most stunning disguises in the animal kingdom, donned by caterpillars and other tricksters:

And, finally, a caterpillar that looks like it’s wearing a snake’s head: