New data will reveal the actual scale of groundwater resources 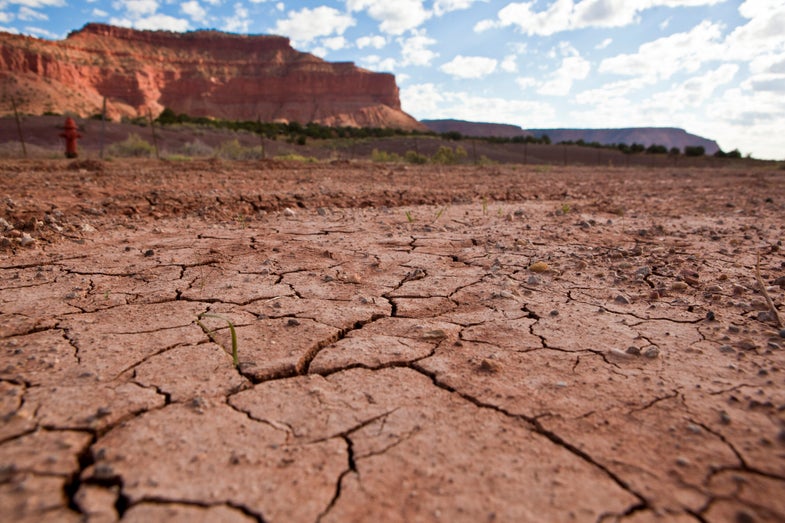 For the third year in a row, California has suffered severe drought. Reservoirs hit all-time lows, wildfires raced through dry forests, and some towns ran out of water.

Many Central Valley farmers, desperate to irrigate their crops, made heavy withdrawals from their water “savings accounts”—the groundwater beneath their land. But that’s a short-term fix at best, and it has serious consequences: In recent years, some areas have subsided more than 100 feet.

On September 16, 2014, California Governor Jerry Brown signed three bills designed to strengthen groundwater regulation. While they don’t require sustainable withdrawals for two decades, they do call for a more precise accounting of the underground resource. “Right now, we don’t even know how much money is in the bank,” says hydrologist Jay Famiglietti, of the University of Cali­fornia at Irvine. “We just know the balance is getting lower and lower.”

New techniques for measuring water near and on the surface will add resolution to that picture in 2015. Researchers from the Scripps Institution of Oceanography found that tiny uplifts in the Earth’s crust reveal the amount of water lost throughout the West. Another team, led by the University of Colorado at Boulder, developed a way to use GPS instruments to gauge soil moisture and snow depth.

Knowing how much water states have to work with won’t put them in the clear. Climate change inevitably leads to more drought. But data will awaken Westerners to the crisis at hand—and point the way toward mitigating it. 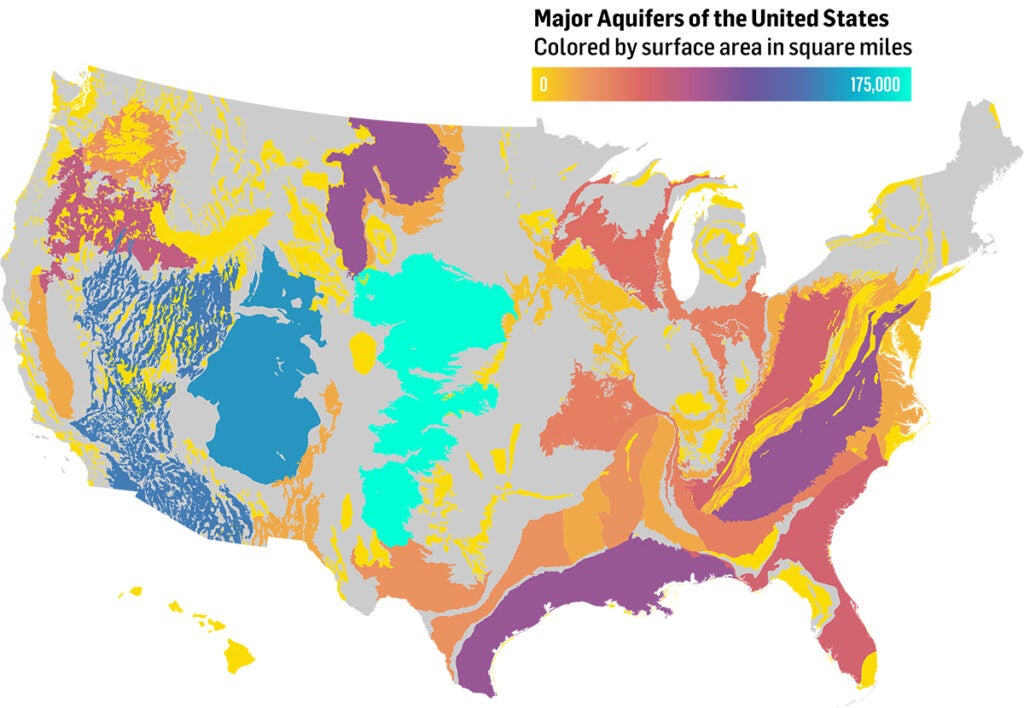 Geologists know where subsurface groundwater lies, but they don’t know how much water each aquifer contains—it’s like seeing a swimming pool from a satellite image without being able to tell how deep it is. This map shows the surface area of major aquifers in the continental U.S. and Hawaii. The biggest, Ogallala in the High Plains (green), covers nearly 175,000 square miles.
climate change
drought
Environment
January 2015
water