'Lo And Behold: Reveries of A Connected World' will premiere at Sundance 2016 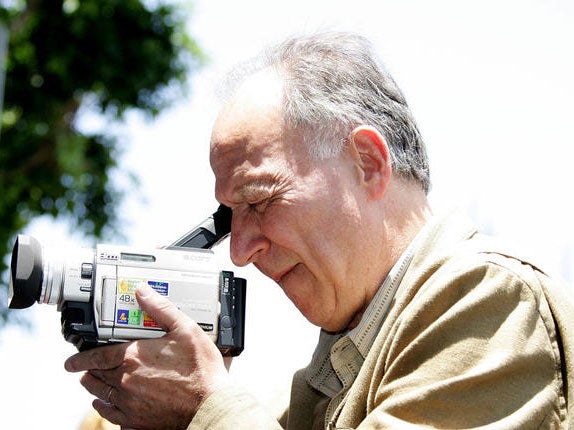 Werner Herzog is the best. This is a scientific fact. The German film director, who once ate his own shoe as a consequence of a lost bet, saved the life of Joaquin Phoenix, and made such amazing, groundbreaking films as Fitzcarraldo, Into the Abyss, and Bad Lieutenant: Port of Call New Orleans, has a new documentary about robots coming out this year. Titled Lo And Behold: Reveries Of The Connected World, the film will touch on artificial intelligence, technology, and our growing interconnectivity with the “Internet of Things.”

The flick will premiere at the 2016 Sundance Film Festival later this month, and judging by the trailer that Deadline Hollywood posted online yesterday (viewed above), much of the film concerns the Robotics Institute at Carnegie Mellon University, a perennial subject of interest for Popular Science.

Another trailer was released earlier this month, shedding quite a bit more details about the film:

There is no official release date on the horizon, but here are some of the most provocative quotes from various documentary subjects who appear in the trailer:

Sufficed to say, we here at Popular Science are about as excited for this film as we were for another recent film that premiered not a very long time ago…