This Week In Numbers: Comet Landings, Peanut Butter Diamonds, And The Best Of What’s New

Plus, the hottest temperature (we think) we know of 100: number of innovative products and technologies featured in our 27th annual edition of the Best Of What’s New. From invisible duct tape to super-dexterous bionic arms, we honor the extraordinary inventions and concepts 2014 had to offer. You can check out the full list here.

1,800: super-pressurized depth below the Earth’s surface that geophysicists are re-creating in the lab. They have found a way to turn food stuffs like peanut butter into diamonds by recreating the extreme temperatures and pressures found in this inner area of the Earth. 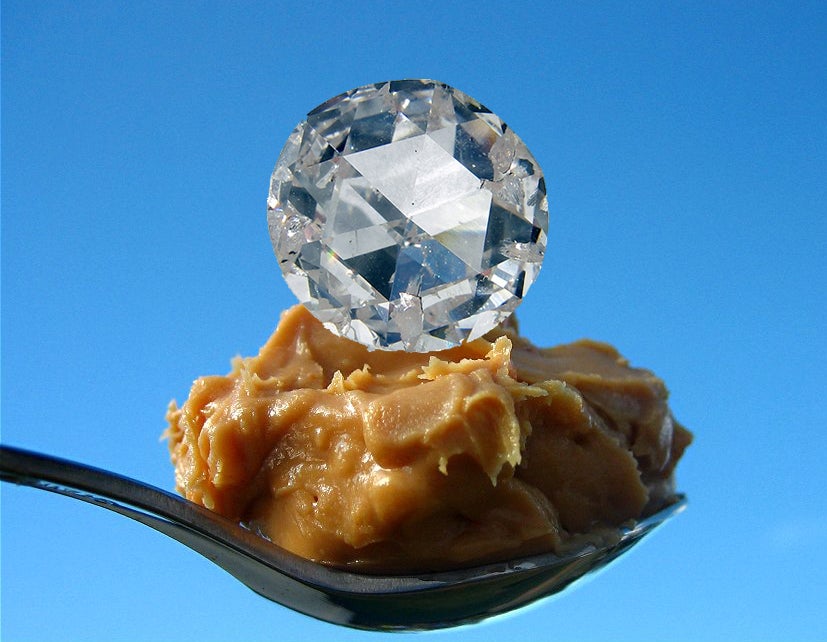 So that’s where the crunch comes from…

23: number of pet kitties whose genomes were sequenced for a study on the genetic evolution of the domestic cat. Turns out felines have genes to help them digest fat better than other carnivores do, which is good given their uber-high-fat diets.

10: active sea-faring aircraft carriers in the U.S. Navy. While this arsenal is impressive, DARPA wants to shift its focus from the ocean to the sky, requesting information from the online community on how to best make airborne aircraft carriers. Avengers helicarrier, anyone?

355 billion: total gallons of fresh and salt water used by American power plants, factories, farms, and homes in 2010. While that number may seem like a lot, water use levels were, in fact, significantly low that year, reaching levels that hadn’t been seen since 1970.

1: number of comets visited by a manmade spacecraft. On Wednesday, the Rosetta space probe’s Philae lander touched down on comet 67P/Churyumov-Gerasimenko, marking a historic first for mankind. However, Philae still has some obstacles to overcome as it attempts to obtain samples from the comet’s surface. 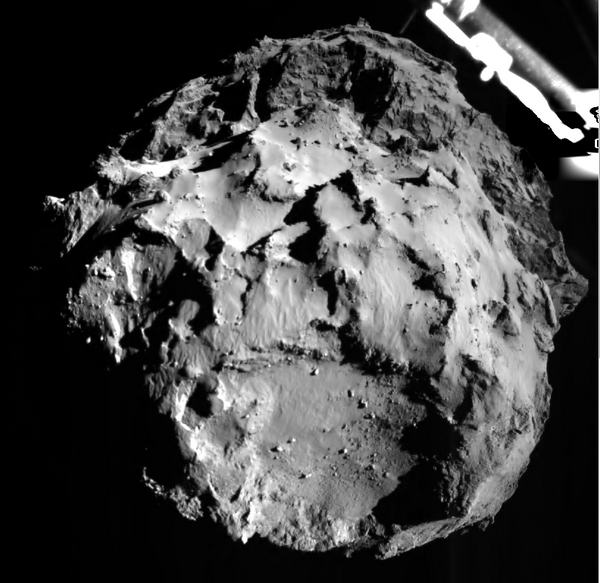 The Philae lander snapped this picture of comet 67P on its way down to the surface.

289: number of people in New York City who are being contact traced for the Ebola virus. These people include individuals who have recently traveled from Liberia, Guinea, or Sierra Leone, or those who interacted with Dr. Craig Spencer – the first Ebola patient in the city – while he was symptomatic.

20: lesson plans devised by Google that are based on the science fiction epic Interstellar. The objectives of the lessons run the gamut from students creating their own biospheres to students mapping out comparisons between Matthew McConaughey’s character and the classical Homeric Greek hero.

3 hours and 50 minutes: time allotted for the revamped SAT, which teenagers will begin taking in the spring of 2016. With three sections and an optional essay, it’s the longest rendition of the exam yet, and administrators of the test claim its questions will be more clear and unambiguous. Do you believe them? Take our sample SAT quiz to find out for yourself.