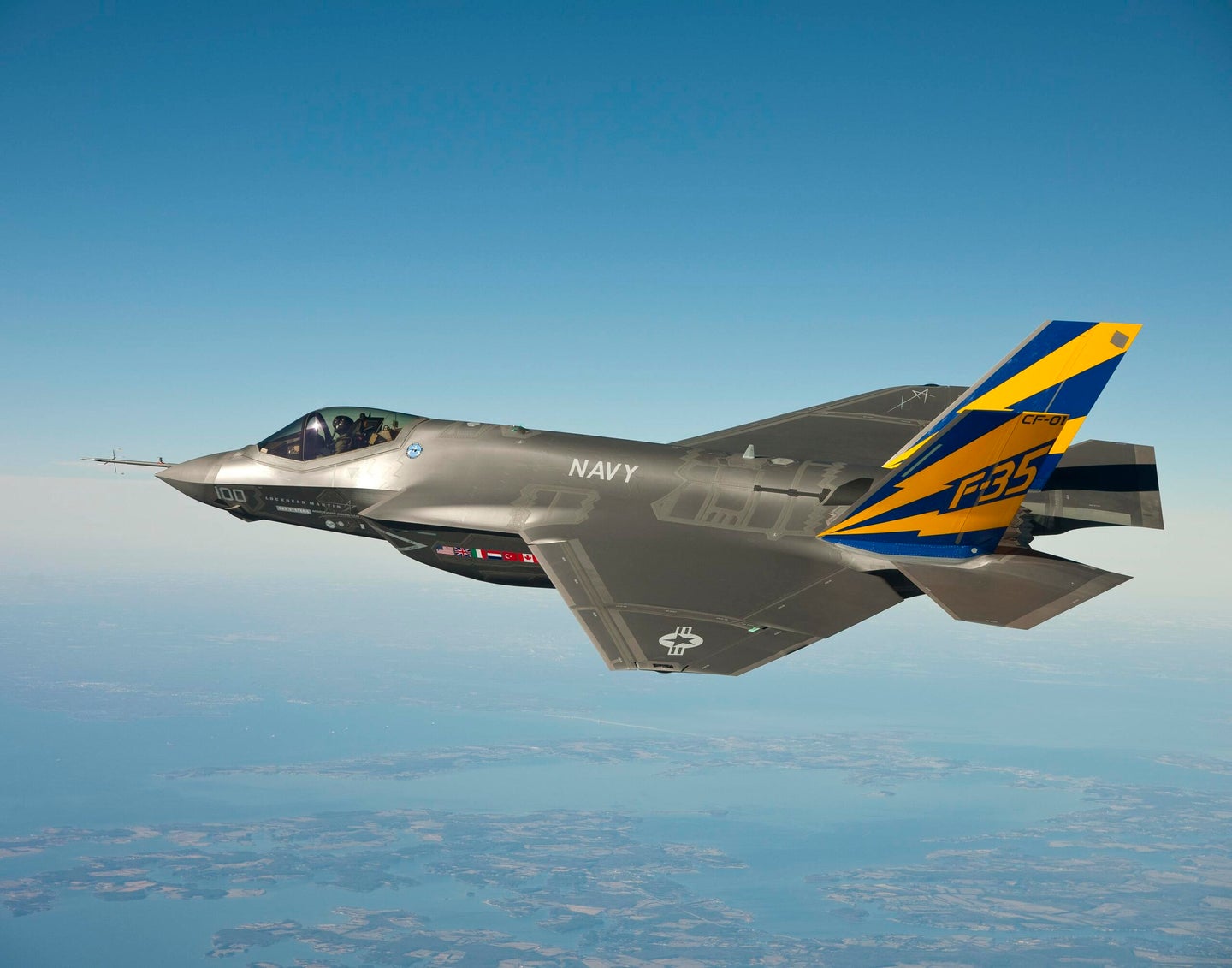 How expensive is the most expensive stealth fighter ever made by the United States? The three versions of Lockheed Martin’s stealth fighter range in value from a low $108 million for the Air Force’s F-35A through $129 million for the Navy’s F-35C, and up to $134 million for the Marine Corps’s vertical takeoff F-35B. That’s a sort of incomprehensible number, especially since the Pentagon plans to order over 2,4000 of them altogether. To better get a grasp on the cost (and as a joke), Johns Hopkins graduate student Kedar Pavgi tweeted a conversion of winning bids at an art auction in terms of F-35s:

Before starting at the Johns Hopkins School of Advanced International Studies, Pavgi worked in journalism at the publications GovExec and DefenseOne, giving him some familiarity with the plane and long-running debates over its astronomical cost. To reach his calculations for the price of an F-35, Pavgi took the estimates from the Pentagon’s Joint Strike Fighter program head, and averaged them to roughly $123 million apiece.

Perhaps sensing the popularity of this calculation, and urged on by others (full disclosure: including myself), Pavgi created a simple site that takes in costs and spits them out in terms of stealth fighters. For example, New York’s One World Trade tower costs roughly $3.8 billion, which is equivalent to almost 31 F-35s. The International Space Station, with a cost of $107 billion (total, shared among several countries and across thirty years) is the same as 867 F-35s. Triple Deuce, the world’s largest and most expensive yacht at $1 billion, is 8 stealth jets. As noted on Twitter, the 2016 budget for Feed the Future, the “U.S. Government’s global hunger and food security initiative,” is $978 million, or just shy of 8 planes.

“Guns and butter” is a popular simplification in both political science and economics about how nations can choose to spend money. In 2015, American consumers spent almost $2 billion on butter, or about 15.5 F-35s.

Have fun with the calculator!