The reef was hidden in murky, shallow water 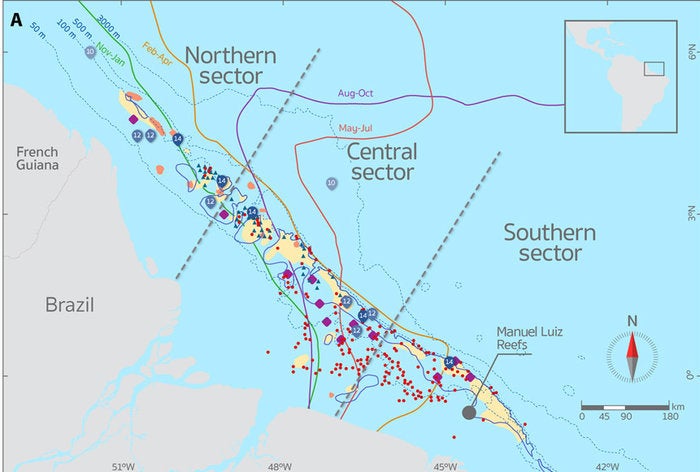 It is surprising that a coral reef larger than the state of Delaware has only just been discovered in South America, but there’s an excuse.

Murky waters at the foot of the Amazon river kept some 3,600 square miles of coral reef from being seen by biologists–or anyone for that matter. Coral is a notoriously sensitive species, (as is evident by how often bleaching occurs) so the idea that it could not only survive but thrive in near-blackout conditions was controversial.

Or at least, not popular enough to motivate anyone to look until recently. The reef is mostly made up of other lifeforms, like sponges, so “coral” is a loose term. Over 100 species of marine life have been recorded so far in the investigation.