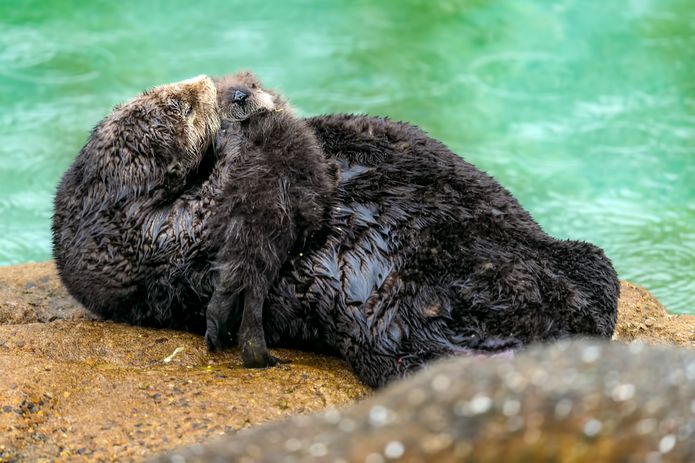 The birth was filmed on Periscope (it happens about 20 minutes in), in front of a large crowd who braved the rainy March weather to see the miracle of life. The Monterey Bay Aquarium also provided a closer look at the birth, which is really amazing to see, if not for the squeamish.

If all this sounds a little too familiar, that’s because it’s happened before, not that long ago. Back on December 20 another otter mom gave birth to her pup in the same area. That birth occurred off-camera.

So why are otter moms flocking to this space? The Great Tide Pool is a secluded bay within a National Marine Sanctuary. It provides a safe harbor for animals during stormy weather, like the area experienced last weekend.

Sea otters, the aquarium notes, can give birth in water or on land, though in this case, the otter gave birth on a rock. The mother otter was untagged, so researchers aren’t sure of her age or if this is her first pup.