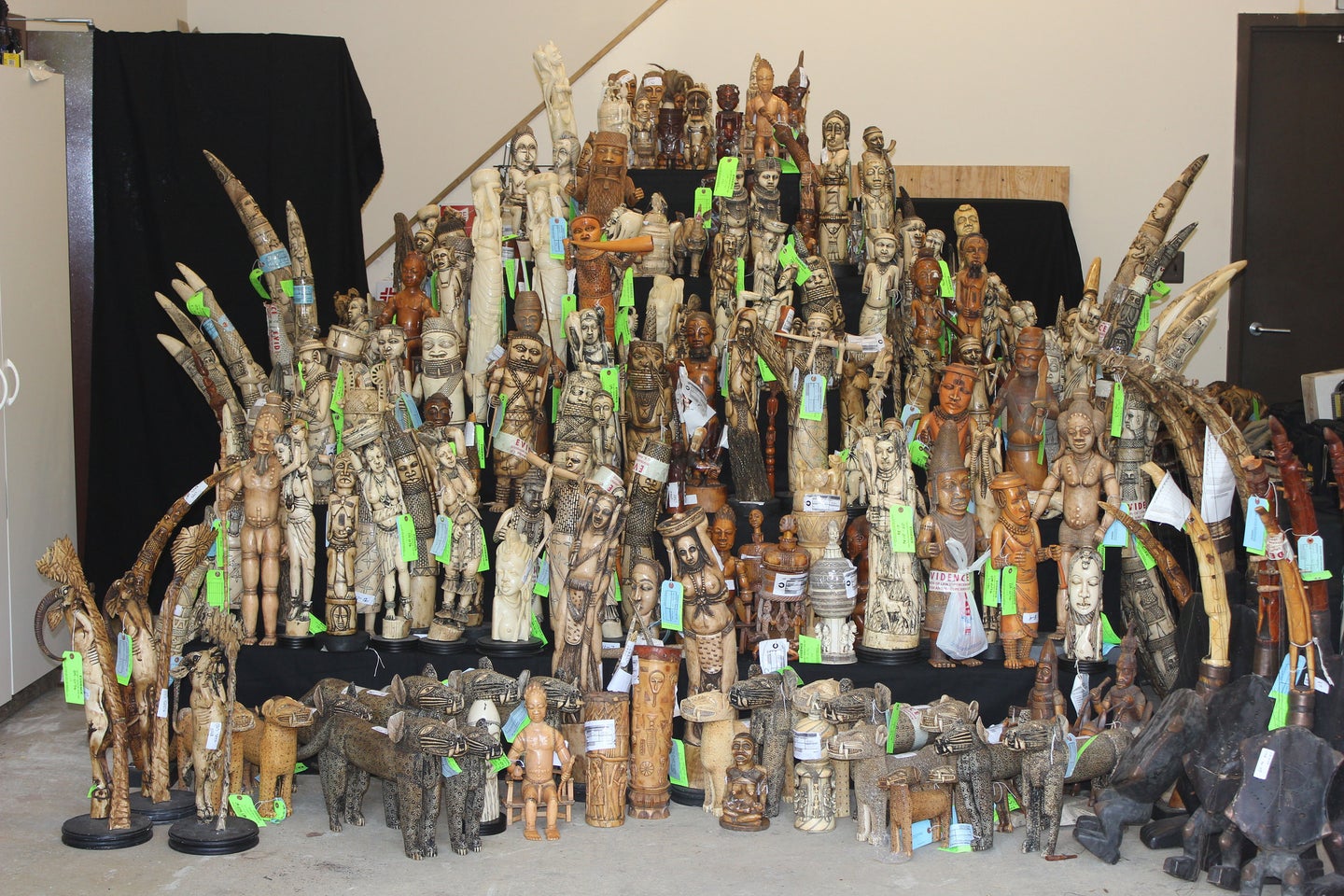 At 11 a.m. Eastern time today (Friday, June 19th), the U.S. Federal Fish and Wildlife Service will crush more than one ton of confiscated ivory in Times Square, New York City, in an attempt to send a stern message to poachers and wildlife traffickers.

The ivory was obtained in an undercover operation, says the FWS, but the publicity stunt seeks to draw attention to the billions of dollars of illicit revenue wildlife trafficking generates worldwide.

This isn’t the first government-run ivory crush; in November 2013, they crushed more than six tons of elephant ivory in Denver, Colorado, that they had obtained over the course of few years. This practice is part of a plan to combat illegal poaching and animal trafficking as per an 2013 executive order.