Watch This Soccer Ball Take Down A Drone

The best defense against drones is a perfectly placed kick 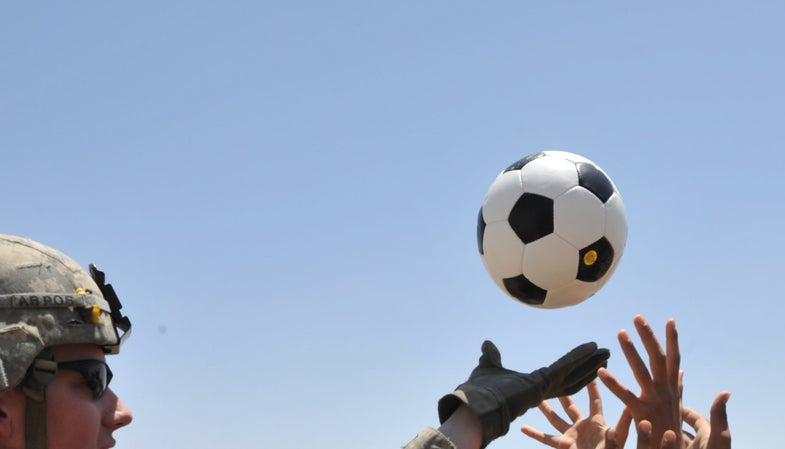 Countering drones is a an expensive proposition. Quadcopters are cheap, but the lasers to melt them, the sensors to track them, and the special rifles to jam their signals are all pretty pricey. Maybe what drone defense really needs is a fast goalie with a strong right foot:

The footage comes from New Zealand. An aerial photography company was filming a promotional video when a soccer player decided instead to create a viral sensation. “Kid kicks ball at drone (Drone Crashes)” now joins the ranks of “Fireman blasts hose at drone” and “two minutes of animals attacking drones” in the annals of bad things happening to hapless quadcopters.

Watch the whole seven-second video below: