Watch This Googly-Eyed Squid Chill On The Ocean Floor 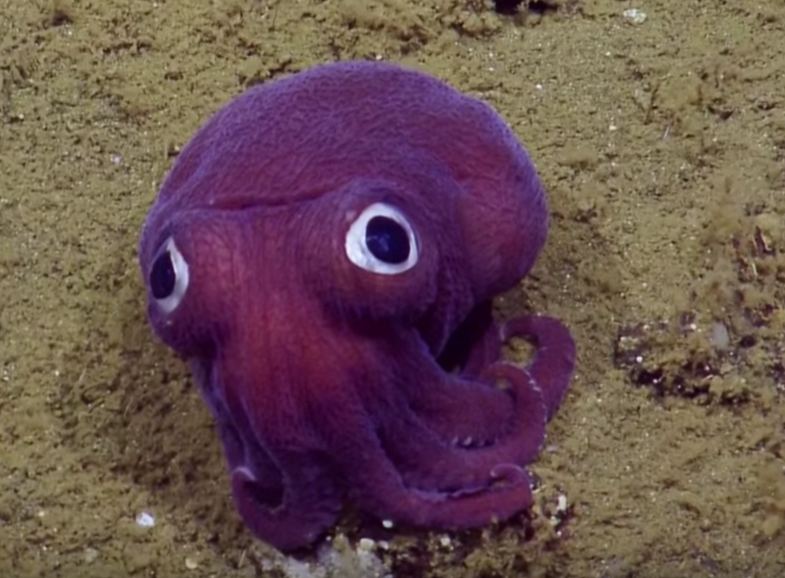 You can hear the team admire its googly eyes in a new video, and debate whether it’s an octopus or a cuttlefish. In fact, despite its name the stubby squid (Rossia pacifica) is more closely related to cuttlefish.

Stubby squids can camouflage themselves from the shrimp and small fish they dine on by burrowing into the sediment and secreting a mucus jacket that becomes studded with sand and pebbles. “When they go to ambush something and prey on something, they’re able to sort of turn off that mucus jacket,” Samantha Wishnak, a science communication fellow on the E/V Nautilus, told Live Science.

This stubby squid was spied hanging out 2,950 feet below the ocean’s surface off the coast of California.