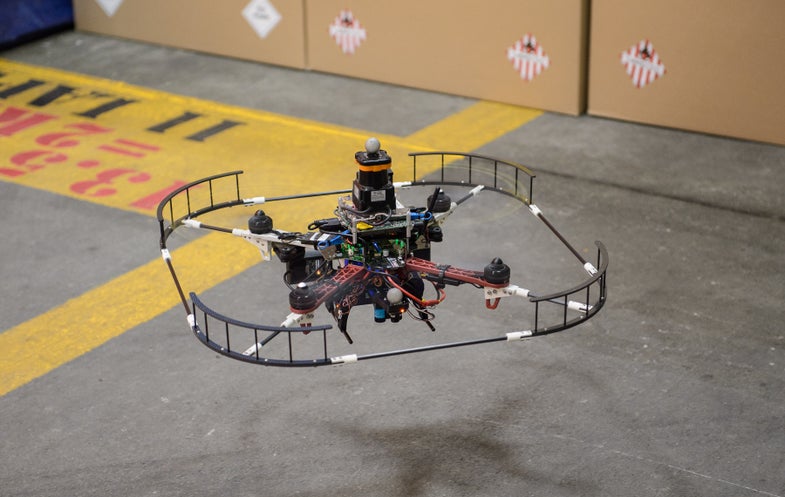 The drone revolution needs fewer pilots. Most small unmanned aerial vehicles need at least one human operating them to fly correctly, with the pilot simply removed. That’s fine for many things, but if we want drones to do new tasks, they need to fly on their own. Fast Lightweight Autonomy (FLA) is a program from the military’s Defense Advanced Research Projects Agency (DARPA) with a very straightforward purpose: make drones that can fly fast, and navigate obstacles on their own.

How fast? In the GIF above, that’s a drone flying at 45 mph, or 20 meters per second. That’s 10 miles-an-hour faster than the recent DJI Phantom 3 and just 5 mph slower than the new Parrot fixed-wing drone, the Disco. And it’s not just flying fast, it’s carrying with it a fairly functional payload of cameras and LIDAR.

While it’s not quite as fast dodging obstacles, it can still fly relatively well through a box maze. Why is DARPA looking for something like this? The better to scout the inside of buildings, of course.

From the official release:

Watch it fly below, and make sure to stick around for the blooper reel of crashes at the end: