Watch A Stegosaurus Skeleton Get Reassembled

And you thought putting together your kid's Christmas presents was difficult 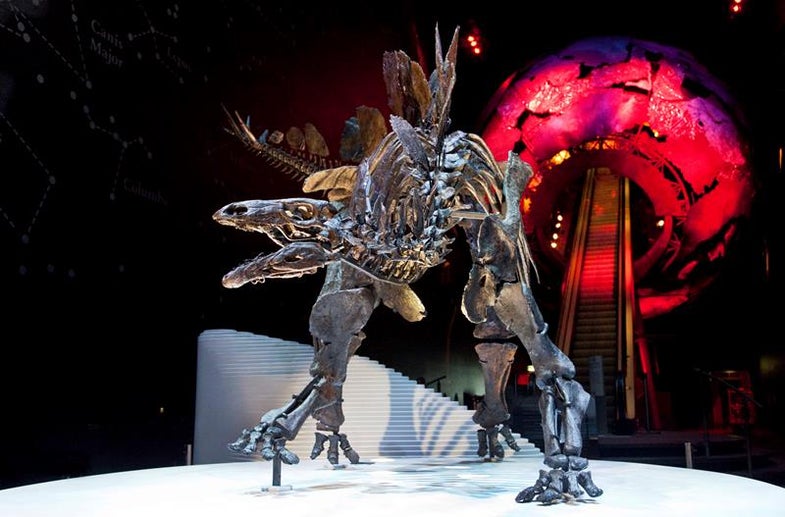 After this dinosaur was buried for 150 million years, it needed some help pulling itself together. In the video above, you can watch a team of experts reassemble the most complete Stegosaurus fossil known to date.

The fossil is now on display at the Natural History Museum in London. This particular specimen was discovered in Wyoming in 2003, and acquired by the museum in 2013.

While scientists think stegosaurs were quite good at fighting, there’s no evidence that this young dinosaur died in combat. Aside from an infected toe, the bones don’t indicate that anything was wrong with the stegosaur when it died. Experts at the museum speculate that it could have starved to death or died of disease instead.

Paleontologists also can’t tell whether the specimen was male or female, but researchers are putting together detailed 3D models of how much it weighed and how it moved. That information is forthcoming, and will be published in a scientific journal.