Who is better? A: Kirk or B: Spock 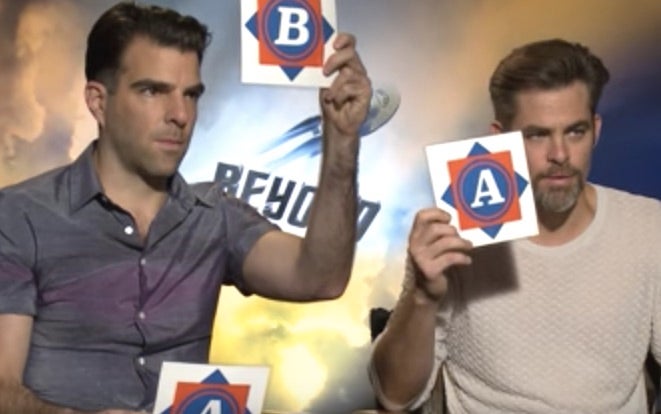 How much do the stars of Star Trek: Beyond know about NASA and the current state of space exploration?

NASA decided to put actors Chris Pine and Zachary Quinto in the hot seat, asking them simple multiple choice questions about space with just two choices, giving them a 50 percent chance of answering the questions correctly. Some they got a little bit quicker than others.

Watch the whole video, or take the quiz for yourself on NASA’s Tumblr and then watch the video.

And if that’s not enough Trek, don’t worry, we’ve got you covered.