Watch A Spray-On Solar Cell Getting Made

A step toward turning surfaces into solar panels 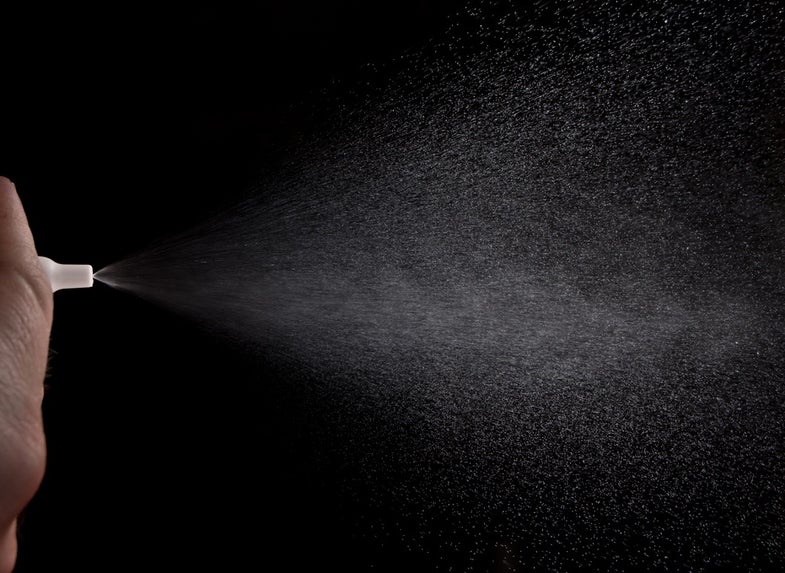 Psst! There’s a team of engineers in Canada working on spray-on solar cells. They’ve got a prototype that applies colloidal quantum dots—a relatively new nanotechnology material that’s still under study for whether they could work in solar panels—via spray.

Many solar panels now are made with brittle materials that must lay flat, like the panels you might have seen on rooftops. If technology like this makes it to the market, it could make it easier and less expensive to turn irregular or curved surfaces into solar panels. It could also make for cheaper and more powerful flexible solar panels. Like in the gif, factories could spray photovoltaic material straight onto rolls of thin, plastic backing.

Several teams around the world are working on spray-on solar technology, using different materials. All aim to make better curved and flexible solar cells. The colloidal quantum dot team that made the sprayer above, including engineers from the University of Toronto and IBM Canada, has made several prototype solar cells with their spray-on stuff. In October, the team published a paper about making lens-shaped, curved solar cells.

A major next step will be to make colloidal quantum dot-based devices convert more sunlight into electricity. Colloidal quantum dots are tiny, nanometers-large crystals made of semiconductor materials. They have unique properties that have long intrigued researchers. Only last year, however, did quantum dots first show up in a commercial product, an LCD TV by Sony. The TV is not solar powered; the quantum dots are a part of the TV’s display. Quantum dot-based solar cells, on the other hand, can’t yet compete with commercially available technology, but they’re improving fast.

Here is a gif of colloidal quantum dots getting sprayed on a spinning cylinder.