What goes up, must come down 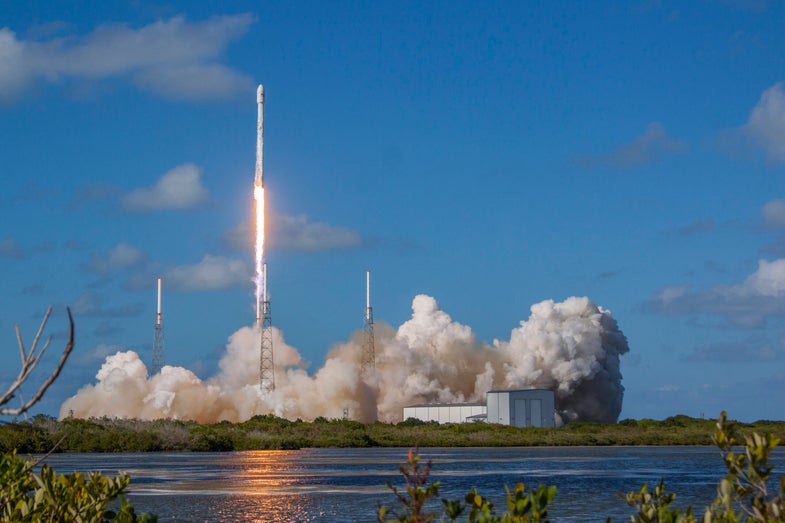 At 10:29 AM on June 15, SpaceX will launch two Boeing-made communications satellites into orbit.

It’s a routine launch, but still, it’s a rocket launch, and there will be a live webcast of the event for you to watch surreptitiously at work. The two satellites will provide TV broadcasting across parts of Africa, Asia, and Latin America. As Spaceflight Now reports, one will also help with mobile communications in Asia, while the other will help provide GPS coordinates to planes in the United States.

If all goes well, this will be SpaceX’s twenty-sixth launch of its Falcon 9 rocket, and fifth successful landing. Like the past few landings, the team hopes to land the Falcon 9 on a barge in the Atlantic Ocean, which means more amazing pictures for all of us.

SpaceX hopes to reuse a rocket for the first time in September or October of this year.