With a terraforming bonus thrown in 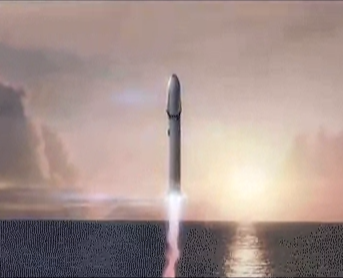 Elon Musk is heading for Mars. Or, at the very least he’s making plans to send other people to Mars.

The massive spaceship will be carried into orbit by a large booster, similar to the Falcon 9 and the Falcon Heavy in that it is designed to be reusable, but much larger. Musk has already started testing a version of this rocket, currently called the Raptor, in Texas.

In the video it appears that Musk plans to take off from launch pad 39A in Cape Canaveral–the same launchpad, the video notes, that set the stage for the Apollo 11 rocket, which took the first astronauts to the moon.

At the end of the short video we see the red planet turn a familiar greenish blue. Maybe sometime soon we’ll be watching Musk introduce his Interplanetary Terraforming System.