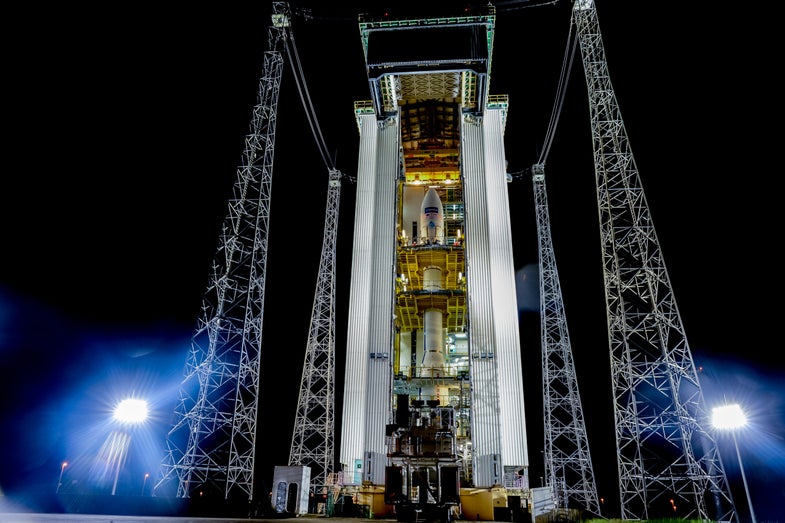 Tonight the first of the European Space Agency’s (ESA) identical twin environmental monitoring Sentinel satellites will be blasted into orbit. The launch will take place in the wee hours of the morning on June 23 in French Guiana (evening on June 22 in the United States). The launch is the start of an ambitious program that plans to map out in detail the entire land surface of the earth every five days, documenting changes to our planet’s landscape and vegetation.

Watch the livestream of the launch of 2A with us here starting at 9:30 p.m. Eastern:

Creating current maps of the earth is incredibly important not just to scientists, but also to farmers, urban planners, and anyone that might be affected by weather (so, basically the entire world). The two sentinel satellites (2A and 2B) will follow each other in an orbit around the earth, taking images of the surface, but also collecting data on how much of the land is forested, used for agriculture, or developed. Researchers expect to use the data brought in by the satellites to keep an eye on how people are using land, and also to monitor flood and drought conditions. They will also be able to generate maps rapidly in the wake of disasters like earthquakes, volcanic eruptions or large storms.

Sentinel 2B, the satellite’s sibling, will launch in 2016.