Watch Our Full Interview With The Space Station Astronauts

The duo spending a year in space talk HoloLens, micro-gravity gardening, and more 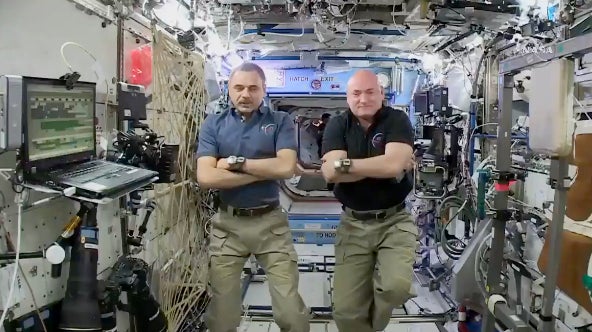 What’s life like on the International Space Station? Earlier this morning, Popular Science had the opportunity to ask two of the people best equipped to answer that question in the entire universe: NASA astronaut Scott Kelly and Russian cosmonaut Mikhail Kornienko, both of whom are currently living on the station for over a year! (So far, they’ve spent over 257 days in orbit.)

In a video interview streamed live on NASA TV, Popular Science executive editor Jennifer Bogo asked Kelly and Kornienko a variety of questions on several subjects, including some fielded by you, the readers. These touched upon everything from how astronauts will use their newly arrived Microsoft HoloLens headsets to growing vegetables in space to their view of climate change and the Paris Climate Talks to times they’ve had to hack the space station itself. All of the answers the astronauts provided were fascinating.

Watch the full interview for yourself above. And be sure to join us for more #AskPopSci events in the near future!