Tune in Friday at 7am Eastern 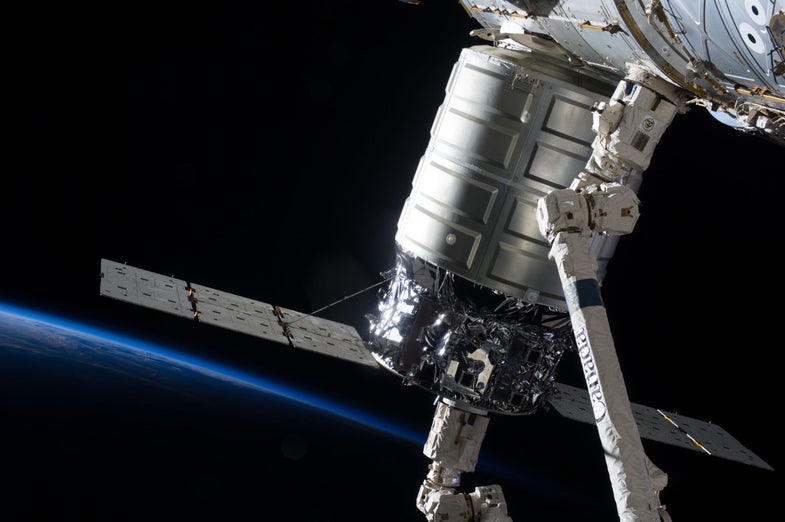 In December, Orbital ATK finally resumed launching cargo to the International Space Station, after an explosion in 2014 left the company grounded for over a year. The company’s Cygnus spacecraft carried 7,000 pounds of supplies and experiments to the orbiting laboratory, and now its work is done. On Friday, it will undock from the space station and die a fiery death as it re-enters Earth’s atmosphere.

NASA will broadcast the undocking process starting tomorrow at 7am Eastern.

Sadly, the fiery funeral will not be broadcast, but viewers will be able to see a 55-foot robotic arm remove the vessel from the space station beforehand. Watch it here: