Watch A New Crew Of Astronauts Dock With The ISS 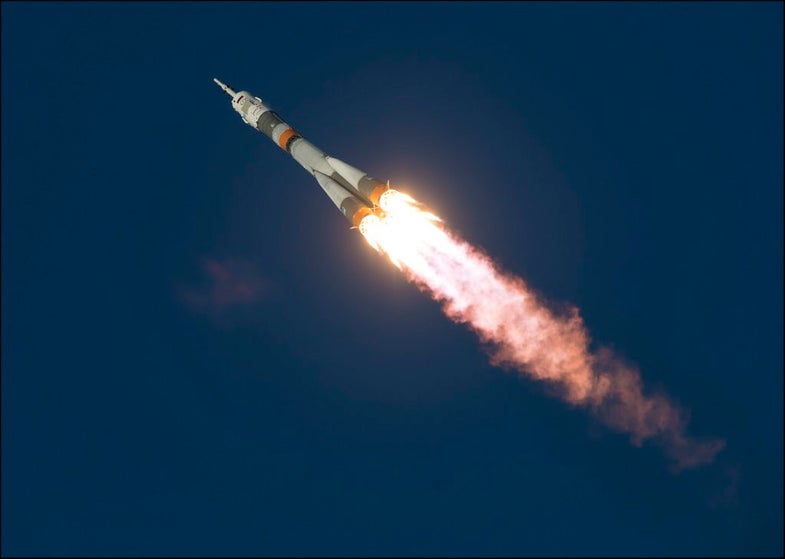 After a successful launch in the wee hours of the morning, three astronauts are on their way to the space station. NASA’s coverage of the docking process will begin around 11:45 a.m. Eastern, and you can watch it here.

The crew includes Tim Kopra from NASA, Tim Peake from the European Space Agency, and Yuri Malenchenko from Russia’s space agency. Peake is the first British astronaut to visit the International Space Station.

The three launched from Kazakhstan in a Soyuz capsule at 6:03 a.m. At about 2:25 p.m., the Soyuz’s hatch will open and the newest residents of the ISS will come aboard. They’ll join astronauts Scott Kelly, Mikhail Kornienko, and Sergey Volkov.

The crew will spend the next few months doing scientific experiments in microgravity. In March 2016, Kelly and Kornienko will return to Earth after having spent an entire year in space.