A song of steam and fire 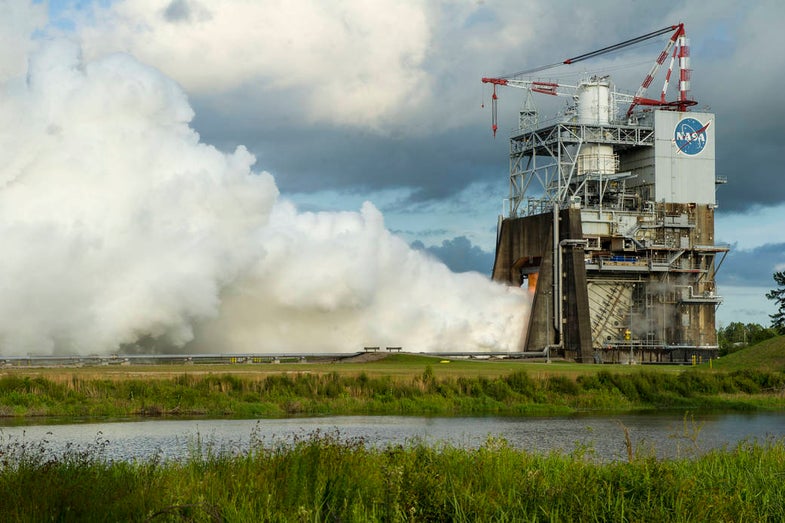 NASA is in the midst of building one freaking huge rocket. Dubbed the Space Launch System, or SLS, the heavy lift vehicle will be the space agency’s primary spaceship for taking humans beyond lower Earth orbit. (Mars or bust! No, really.) The SLS is slated for its first launch in 2018, but as of now, the vehicle is in pieces as NASA carves out all its various parts one by one.

Perhaps the most essential parts of the SLS are its massive core engines—four RS-25 rocket engines that will together create 1.6 million pounds of thrust. These are the same models used as the Space Shuttle’s main engines. On May 28, NASA conducted a hot fire test of one of the engines; basically, they turned it on to see if the materials could withstand the intense heat that will be generated by the rocket. Fortunately, all went well and the engine remained in tact.

Check out the 7.5-minute test below, in which things get pretty steamy at Stennis Space Center near near Bay St. Louis, Mississippi: