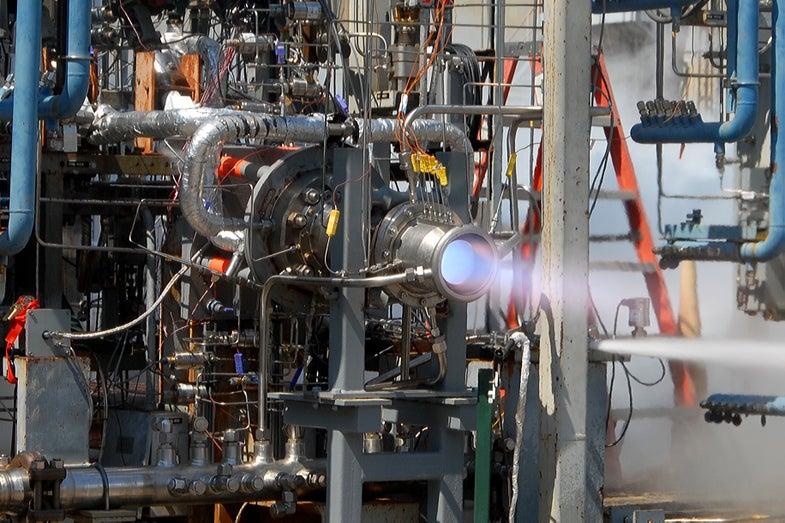 Methane is a potent greenhouse gas that we’re all very worried about here on Earth. But up in space? That’s a whole different ballgame.

Unlike liquid hydrogen, which is the fuel of choice for today’s rockets, methane is more stable, can be stored safely at higher temperatures, and is denser, so more of it can be stored in smaller containers.

NASA has been developing engine components that can work with both liquid-hydrogen and methane-based fuels for the past decade, and some of the 3-D printed components are now going through the crucible of testing.

The hope is that future space explorers will be able to manufacture methane from gases already in the atmosphere of different planets, including Mars. They hope that instead of having to bring fuel for the return trip to Mars, they could power a lander into Martian orbit using fuel manufactured on Mars.

The method could also be beneficial for exploration beyond Mars. We already know that other bodies in our solar system have methane reserves.)

Watch NASA put a methane-powered thruster through its paces here: