Watch Jetman Fly In Formation Over Dubai In 4K Video

The future is here, and it’s handing out jetpacks 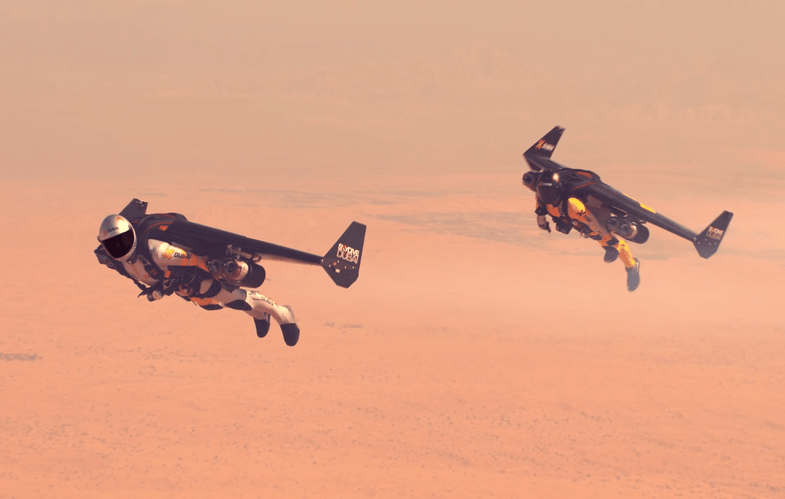 Dubai is an unreal city, where the buildings are gigantic, the police drive lamborghinis, and drones rescue window washers. And, very rarely, home to aerial acrobatics from brave people in jetpacks.

Previously, pilot Yves “Jetman” Rossy flew his custom-built flying wing with jets on it over the Grand Canyon. Here, he leaps from a helicopter, dances with an airplane, and then meets up in the sky with a jetpacked pal.

Watch the video, captured in glorious high-definition 4K, below: