Periscope Picks Up Where C-Span Was Cut Off 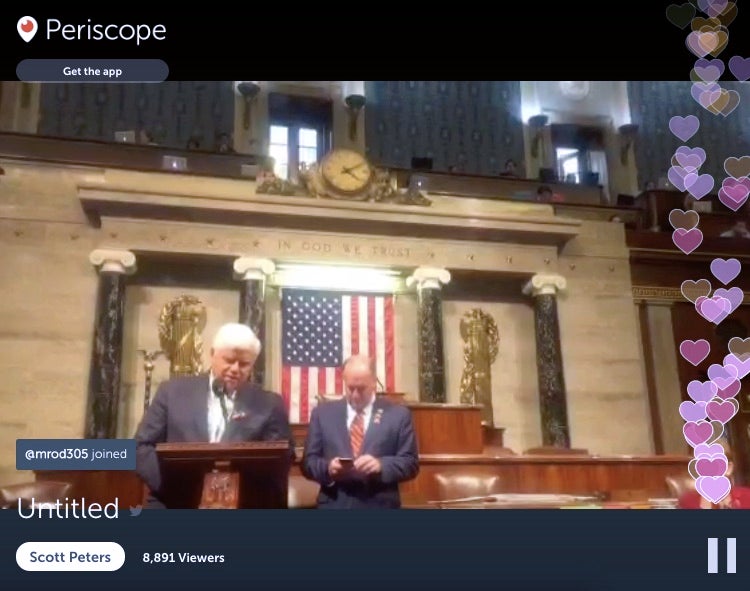 House Democrats have taken to the House floor today, literally staging a sit-in in protest of gun control measure failures by the body as a whole, and because House Speaker Paul Ryan had the camera feeds halted, congressmen have taken to livestreaming the continued discussion even during the day’s recess.

Congressman Scott Peters of California has picked up with a live feed of the ongoing sit-in via Periscope, where they continue to talk as more members of congress join the fray.

Just before noon when it became clear that the sit-in would be going forward, the speaker had the feed cut as more than a dozen congress people took the floor together. Watch that video and coverage since below: