They're teasing us with this awesome false-color picture 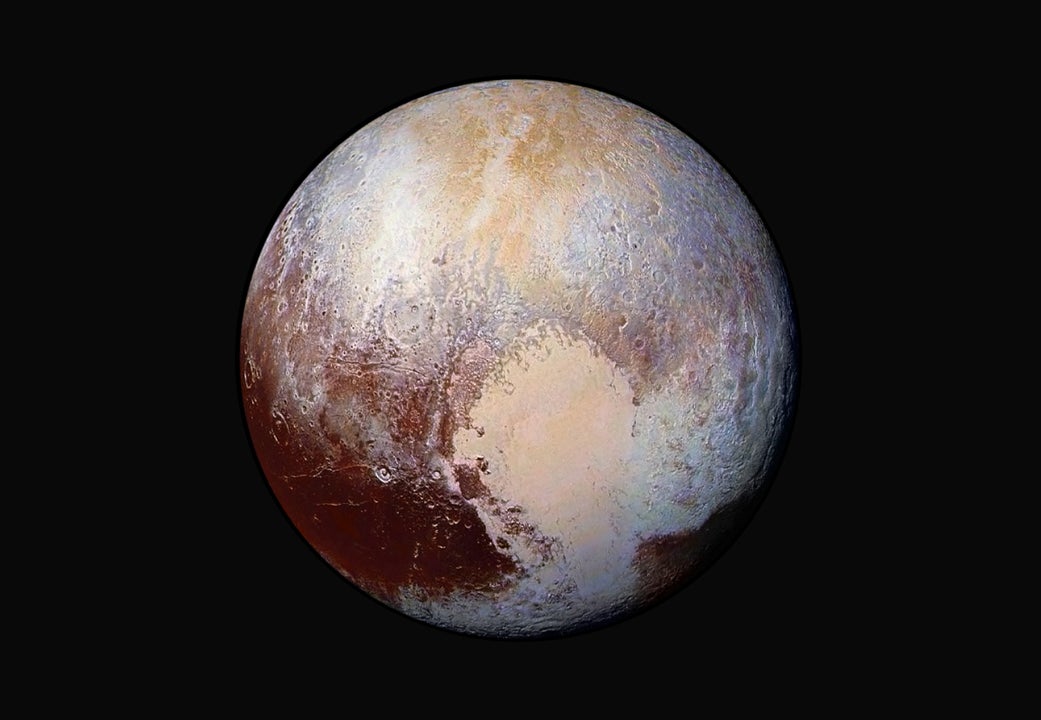 On July 14, the New Horizons spacecraft made history. In just a few short hours, it flew through the Pluto system collecting a treasure trove of images and data with a higher-resolution than we’ve ever seen before, or could hope to see again in the near future. About 96 percent of that treasure trove is still sitting in storage on the spacecraft. Thanks to the spacecraft’s more than 4.5-billion-mile distance from Earth and its narrow communications bandwidth, it’s gonna take another 16 months or so before can finish beaming back all that juicy data. So it’s coming in bit-by-tantalizing-bit, and today NASA will release another batch at 2pm EDT. You can watch the announcement live, right here:

It should be good. Previous press conferences have revealed not one but two mountain ranges on just one tiny piece of the planet, as well as some kind of rolling, white plains.

Yesterday we asked Alan Stern, head of the New Horizons team, what to expect from today’s press conference and he joked, “We’re going to recommend that anyone who has cardiac conditions should probably leave the room.”

*Update: The press conference is over, and it did not disappoint. We got to see Pluto’s backside, plus learn about the nitrogen glaciers that are scaping across its surface. Read all about it here!