Watch Dudes In Jetpacks Play With An Airliner Over Dubai

It’s a bird, it’s a plane, it’s two dudes with jetpacks and a plane! 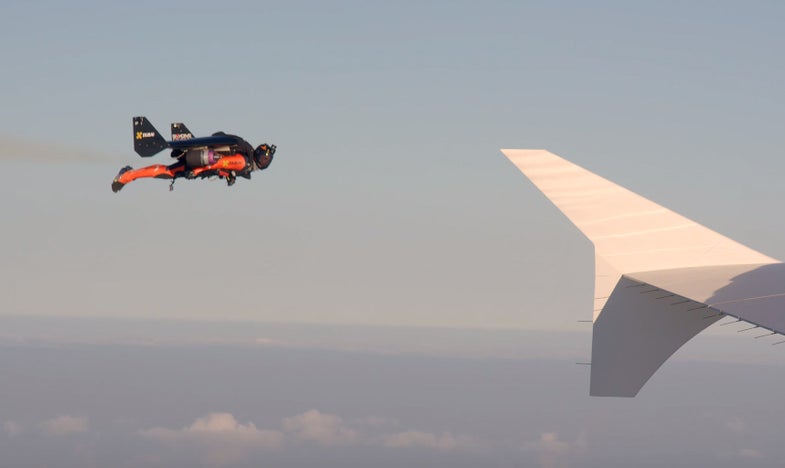 Jetpacks are here, but they’re unevenly distributed to a couple of guys who love doing stunts in Dubai. French daredevil and pilot Yves Rossy, also known as “Jetman“, has flown over the Grand Canyon and in Rio de Janeiro, but he seems to have really found a home in the skies above the United Arab Emirates. Rossy, not content to simply dance in the sky with his protege Vince Reffet, now flies alongside an Emirates Airlines Airbus A380. Like this:

It’s hard to say how much of the spectacle exactly is an ad (for Emirates Airlines and/or X Dubai, the “action sports” tourism company whose account the video was posted on), but it’s delightful nonetheless. I imagine if I took a $30,000 for a 16 hour flight, I’d expect a little airshow at the end too. Watch the full video below: