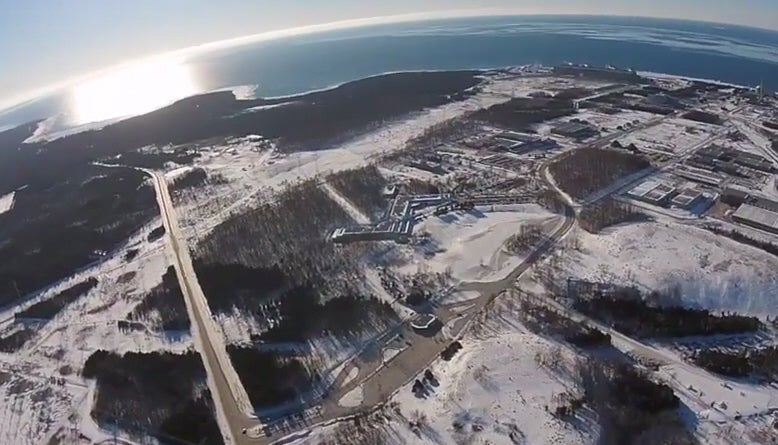 Watch the drone-filmed video below:

[via The Globe And Mail]