Crafting a singular image of a visionary, by committee 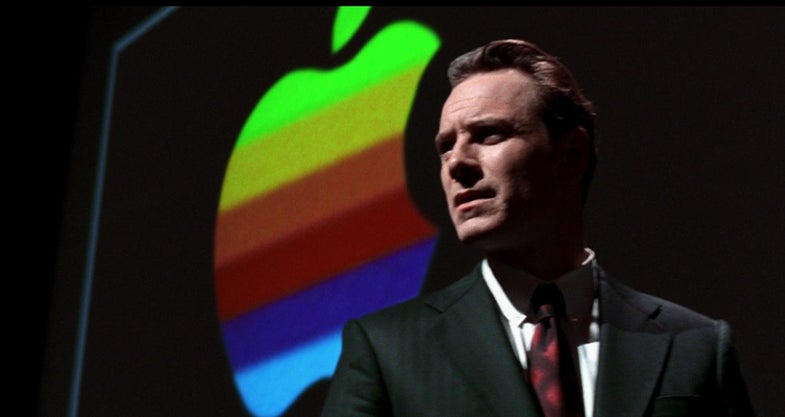 Since his passing in 2011, little-known consumer electronics designer Steve Jobs has received his fair share of tributes. The latest is Steve Jobs, a film about the Apple founder and CEO. Released earlier this month, it stars Michael Fassbender as the titular wunderkind, Seth Rogen as Apple co-founder Steve Wozniak, Kate Winslet as original Macintosh team member Joanna Hoffman, and Jeff Daniels as early Apple CEO John Sculley. In a roundtable moderated by film critic Elvis Mitchell, those actors, together with director Danny Boyle and writer Aaron Sorkin, discuss the impact of Steve Jobs.

Watch the roundtable below:

What’s fascinating about the roundtable isn’t so much the reverence for Jobs, but they way these artists and writers see in Jobs’ talent something of themselves. They describe him in painterly terms; it’s no accident that when looking for a similar visionary, Leonardo da Vinci’s name comes up, as do Thomas Edison and Alexander Graham Bell. It’s a fascinating moment, not just because of the person of Jobs, but because these people are aware of the myth-making process as they proceed to make a myth themselves.

Update: An earlier version of this post claimed that actor playing John Sculley was John Hurt, when it is instead Jeff Daniels.