It still hasn't landed on a droneship though 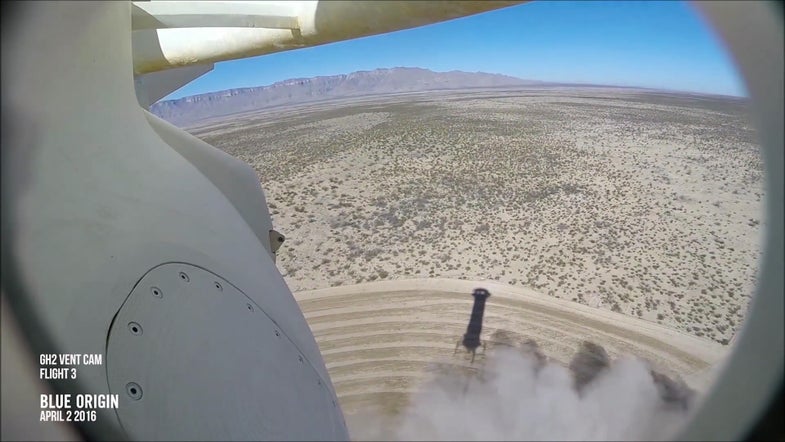 Blue Origin, the space tourism company owned by Amazon CEO Jeff Bezos, made history on April 2, when it successfully launched and landed its reusable New Shepard rocket for the third time. Blue Origin is also the first company to successfully land a reusable rocket and later re-launch and land that same rocket.

Earlier today, Bezos tweeted out a link to a new video of New Shepard’s third landing, from the point-of-view of the rocket. Blue Origin has released similar videos of past landings.

Unlike SpaceX, Blue Origin’s goal is to send tourists into space. Bezos has said he hopes to do so as early as 2018.

New Shepard was a Best of What’s New award-winner in the December 2015 issue of Popular Science.