Watch An MIT Golf Cart Drive Itself Around 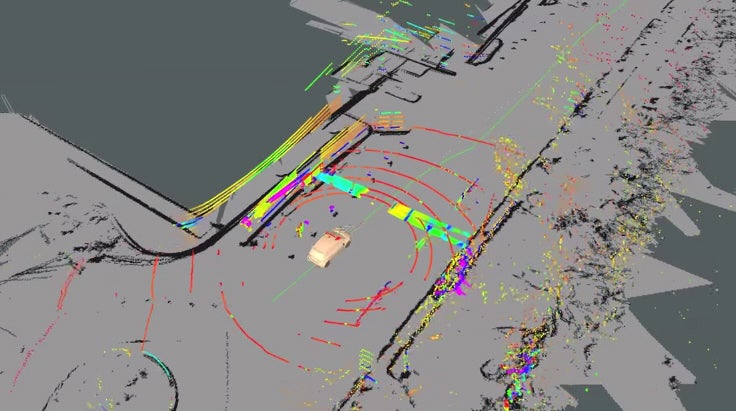 What might the world of driverless cars look like in the future? If this MIT production is any indication, it will be very smart golf carts, safely ferrying people about. MIT, as part of the Singapore-MIT Alliance for Research and Technology, created a vehicle that maps and sees its environment, all on its own. Last fall, the carts ferried guests riding for free around gardens in Singapore. A video released today shows the carts in action.

Here, one avoids another parked cart:

The driving is done with cameras, lasers, and an onboard map. As the car drives, it adjusts distance between itself and any nearby objects, all while following a familiar mapped path. Here’s what the car sees:

One potential use for cars like this is a shared vehicle system, somewhere between taxi cabs and a bikeshare. The cars themselves would drive people to their destination, and then either return or seek new riders. With the vehicles constantly moving, they can carry far more people than a similar number of personal vehicles that spend most of their days parked. This is especially valuable in Singapore, which is geographically tiny but hugely dense. The country has over 18,000 people per square mile, and while there are only 149 vehicles per 1,000 residents, that still means about 2,500 vehicles per square mile. Replacing private cars with shared autonomous cars likely not only reduces hassle on drivers, it could potentially lessen traffic too.