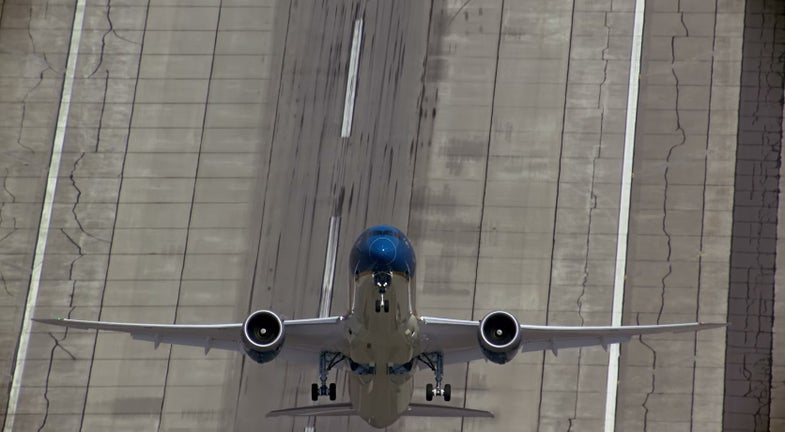 Airliners aren’t supposed to go vertical. Boeing’s 787-9 Dreamliner is the latest in the aviation giant’s modern airliner series, and Boeing is eager to show the plane off at next week’s Paris Air Show. So eager, in fact, that video of the Dreamliner’s practice flight is sweeping through the Internet. Here’s why:

That vertical flight is, to use the technical terminology, completely bonkers. It’s the kind of thing fighter jets do, not workman-like airliners designed to carry 280 passengers through the sky across distances of up to nine thousand miles. It’s hard to fathom a reason for why the Dreamliner needs to do a stunt like this, and the video is edited in a way that we can’t really tell if the takeoff is that much shorter than another airplanes’. It does look cool as heck, though.

The Dreamliners’ propensity for amazing take-offs is a well-documented phenomenon, but the airplane faced a series of hardships over the past decade of development, with lots of problems and delays. With a strong showing at the Paris Air Show, perhaps Boeing can soar beyond its past.

Watch the full flight video from Boeing below: