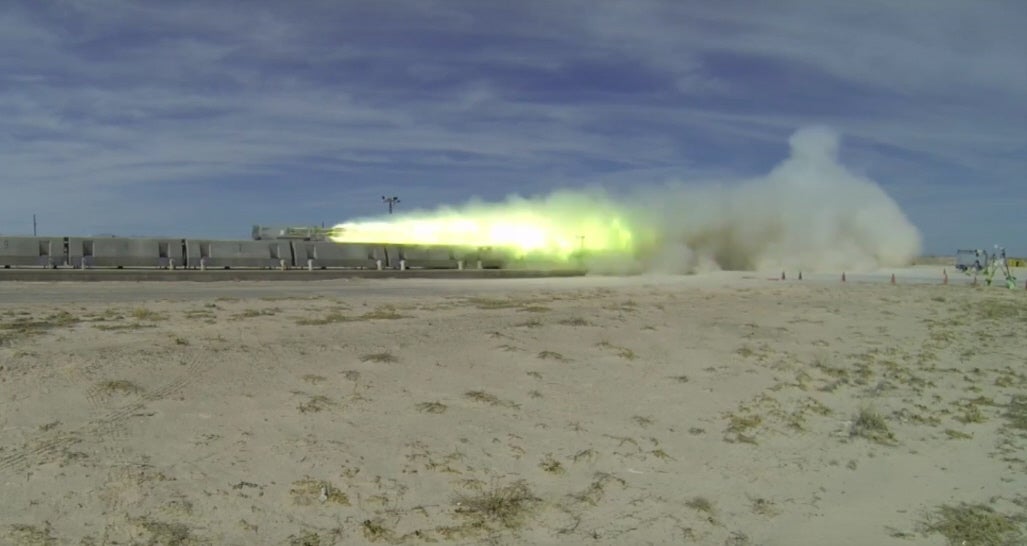 The ground is a drag. Moving along the surface of the Earth means friction at every step. The ground isn’t the only source of drag: Air, too, produces friction that reduces the speed of objects traveling through it. But ground is the biggest, so if someone wants to go over land fast, the best way is to get it in the air. Preferably with magnetic levitation.

Here is that same acceleration, only captured in slow motion.

These tests took place at Holloman Air Force Base, located in southern New Mexico near White Sands Missile Range. The sled, levitated by magnets, set two speed records in early March. First, the sled reached a top speed of 513 mph, beating the sled’s previous record of 510 mph. Then, two days later, the sled accelerated to 633 mph down the 2,100 foot track, the fastest speed recorded for the configuration so far.

Other, non-magnetically levitating rocket sleds have gone faster, but MAGLEV trains max out at 372 mph. So why is the Air Force making a sled go this fast? Partly just for the science of it, and partly as a test bed for future vehicles or weapons. Like hypersonic missiles.

Watch the test below: