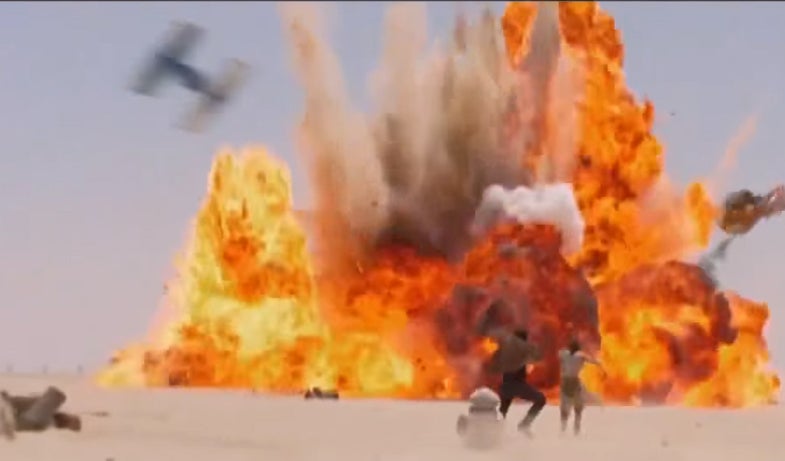 In an effort to generate more publicity for their soon-to-be-released, little-known independent film, the makers of Star Wars released a brand new clip from The Force Awakens. The action, which we’ve seen in bits and pieces in other trailers, shows 15 seconds of running and panic on a desert planet. Daisy Ridley’s Rey and John Boyega’s Finn, along with the mechanical BB-8, are chased by someone and looking for an escape route. They spy what Rey identifies as a “quad-jumper,” and just after she’s explained that she’s a pilot and can fly it, the whole thing explodes:

Flying away from the smoke is a TIE fighter, clearly more than capable of ruining our protagonists’ day.

While the TIE fighter was repeatedly outmatched by X-Wings in battles earlier in the series, here it proves its worth as a cheap, dependable way to destroy a defenseless target. Watch the full clip, complete with audio, below: