Watch The F-35B Joint Strike Fighter Hurtle Into The Sky 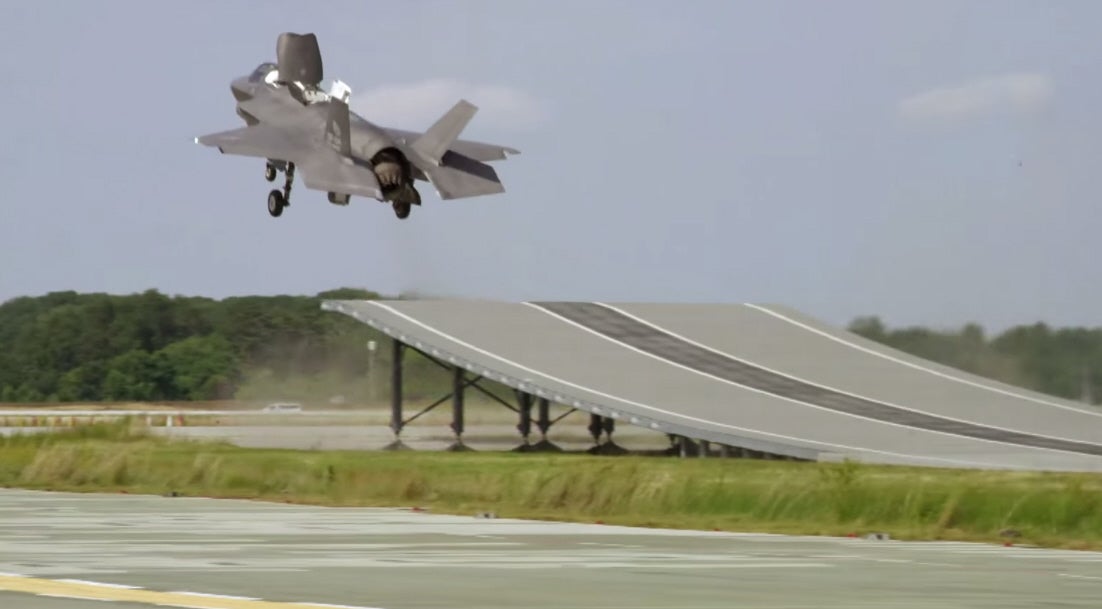 The F-35 Joint Strike Fighter is, like a fledgling bird, starting to stretch its wings and show off the latest tricks it can do. Of the three similar planes in the F-35 family, the Marine Corps F-35B has by far the most tricks to show off. Designed for short takeoffs and vertical landings, the F-35B can vector its thruster down like a squatting dog, either gently easing itself down onto a ship’s landing deck or launching into the sky with great force off a ramp.

Here’s what it looks like when a $134-million jet goes off a ski jump:

Let’s take a look again, from the side:

And from the back. At this angle, it’s easy to see the back thruster bending down:

Curiously, neither the aircraft carriers nor the flat-topped amphibious assault ships of the U.S. Navy feature ski jumps, so American F-35Bs don’t need to ever take off from one. This is largely for the export market. Other countries helped develop the F-35, like the United Kingdom, and their brand-new Queen Elizabeth-class carriers will have ski jumps, specifically for the F-35B, so they can ramp up into the sky. It’s a lot smoother than the rapid pull of an American electromagnetic carrier-deck catapult, and it gets the plane a bit more air from the launch.

Now that we know the F-35B can take off from ski ramps, other countries friendly with America that have ski ramps on their light aircraft carriers, like Turkey and Australia, may be slightly more inclined to buy the plane than they were before, even given its $134-million per-unit cost.