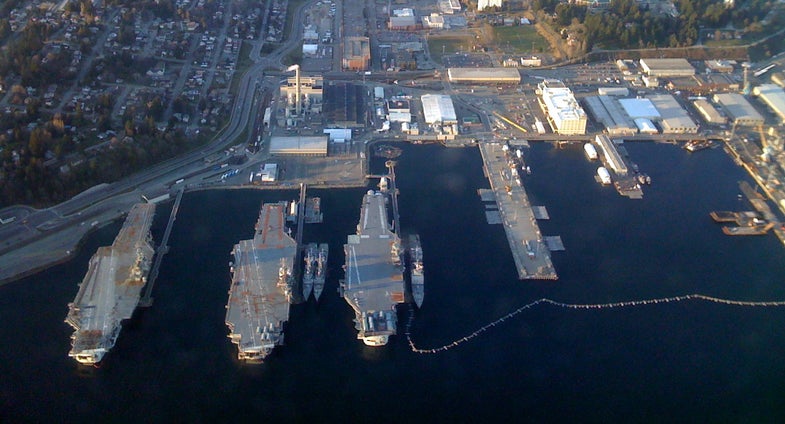 War takes a toll. And in Washington, former warships may take a toll as well–from drivers and motorists. As part of the state highway budget passed yesterday, Washington is funding a study on the feasibility of turning old Vietnam-era warships into a unique, destination toll bridge that spans the Sinclair Inlet. In the words of Washington State Representative Jesse Young, the bridge will serve as “a testimony and a legacy memorial to our greatest generation.”

Turning boats into bridges dates back to antiquity. One famous example is the bridge Persian ruler Xerxes ordered built across the Hellespont between Asia and Europe, in order to march his invading army into Greece. In 1919, Popular Science wrote about a pontoon bridge over the Mississippi built for trains between Wisconsin and Iowa. Washington’s bill would connect Bremerton and Port Orchard, currently served by either a ferry or an eight-mile drive.

The text of the bill allocates $90,000 “for a study of the feasibility of constructing a military tribute bridge that spans Sinclair Inlet and that incorporates one or more decommissioned aircraft carriers.” The bridge as envisioned would use two or three aircraft carriers, provided the Navy will let Washington have them. That seems unlikely.